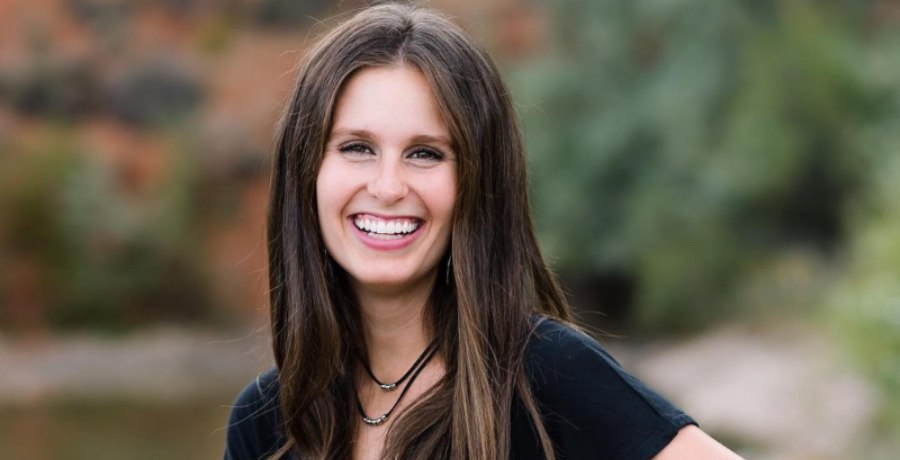 The Blended Bunch is TLC’s latest reality show about a supersized family. The new series kicks off  Tuesday, March 16, 2021, at 9p. In advance of the premiere, Erica Shemwell has shared about her former husband  Tony Means and her current husband Spencer Shemwell’s first wife, Aimee Shemwell, Now here’s a little background on Erica Shemwell’s journey.

The Blended Bunch star Erica Shemwell was born in 1987 in Utah. She has three siblings Quinn, Spencer, and Alexis. When Erica was small, she and her family moved to Iowa then to Missouri when she was nine. She’s very close with all her siblings. As a teenager, she enjoyed reading, sports, and hanging out with her friends. After she graduated high school, she enrolled in college at BYU in Utah and met the man that would become her husband and father of her seven children.

Erica Shemwell of The Blended Bunch married Tony Means in 2007 during their sophomore year of college. They welcomed their first son Landon in April 2008. When Landon was a few months old, Tony and Erica learned of Tony’s cancer diagnosis. Both were able to complete their degrees successfully. Tony became a teacher, and Erica stayed home raising their rapidly expanding family. After Landon was born, the couple welcomed six more children, Emma in August 2009, Lily in March 2011, Sophie in May 2012, Tanner in November 2013, Amelia in December 2015, and Caleb in March 2017.

The Blended Bunch star Erica Shemwell’s world forever changed when her first husband Tony Means lost his long battle with brain cancer. We see Erica say it felt like her heart was ripped from her chest in the video above. However, the young widow had no choice but to pull herself together fast. After all, she was almost six months pregnant with her and Tony’s son Caleb. Plus, six other young children needed her love, attention, and care.

Thankfully The Blended Bunch‘s Erica Shemwell had a village of supportive family and friends that helped pull her through the darkest days. Of course, her deep faith in God was her rock then as it is today. When her son Caleb was born, it was a shining beacon of hope and healing for Erica and her family.

The Blended Bunch parents Erica Shemwell and Spencer Shemwell, met online in a support group for widows. Not long after, the two met in person at a church-sponsored convention. Spencer felt the pull and connection to Erica and Utah and, not too long after, moved his four children cross country. He set up his contracting business and started to make a new beginning for his family.

Spencer’s kids and Erica’s kids spent lots of time together on play dates long before their parents realized they should merge their lives and families. In fact, Spencer’s oldest son made the observation that Erica should be their new mom. Erica also saw qualities in Spencer that she knew would make him a good father to her kids and a good partner in life for her. The couple began to date in December and wed just six weeks later, in January 2019.

The Blended Bunch debuts Tuesday, March 16, at 9 pm on TLC.

Make sure to check TV Shows Ace often for all the latest The Blended Bunch news, updates, and spoilers.