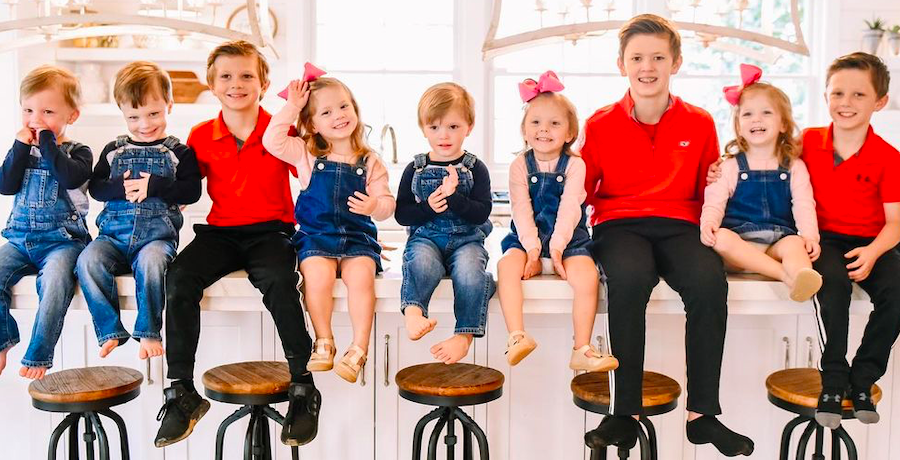 The Sweet Home Sextuplets stars had a big day yesterday. The sextuplets experienced their first car wash and their reactions were adorable.

What have the Waldrops been up to?

Now, it’s time for the boys to go straight into the baseball season. The Waldrop family never stops. In spite, of how busy it has been for their family Courtney went on to say it has still been a fun season.

She continued to explain Eric is the one who coaches the boys and sometimes it can be a hard job. But he “wouldn’t trade it for anything.”

It seems the weight of raising nine kids and coaching three of them has started wearing Eric out. Courtney has also been sharing photos of Eric sleeping on the job lately. She shared one picture of her tired husband asleep on the couch with three of the younger kids.

That photo is the second one of Eric sleeping on the job in the last few weeks. Eric is a great dad and it’s showing just how hard he’s working.

Now, what have the sextuplets been up to in the meantime?

The following screenshots are from Courtney Waldrop’s Instagram video post. She shared a video showing the sextuplets’ first car wash. Additionally, she added the song “Car Wash” by Rose Royce to the video, and it’s simply too cute.

Turns out all of the kiddos were asleep except Rayne and Rawlings.

Courtney wrote in her caption, “Rayne LOVED it and Rawlings’s was in shock.” In the photos below, Rayne is on the left and Rawlings is on the right and our photos capture their feelings perfectly.

Finally, Courtney wrapped up her video caption saying they will have to head back to the car wash when everybody is awake. Hopefully, the other four babes aren’t too sad they slept through their first car wash.

We hope Courtney will post another video of their next trip, because this was too precious.

What do you think of the sextuplets’ first car wash? Let us know what you think in the comments below. Be sure to keep an eye out for the return of Sweet Home Sextuplets later this year on TLC.