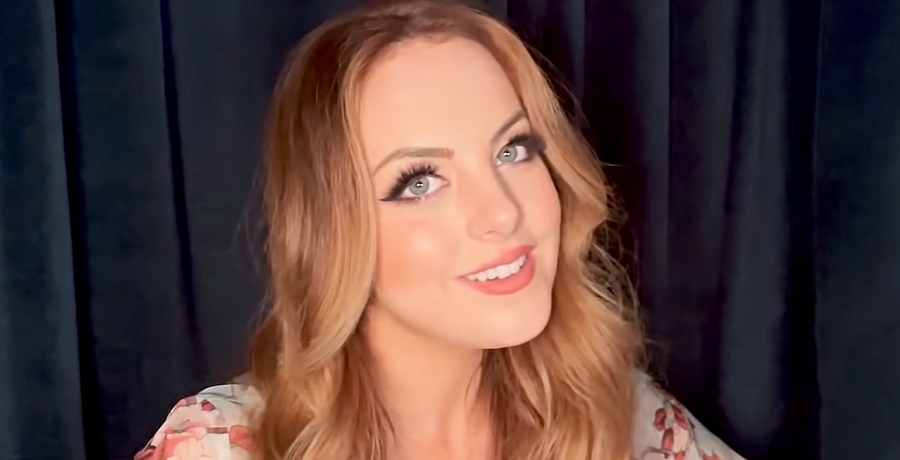 Dynasty actress Elizabeth Gillies — more affectionately known as Liz — set Instagram on fire today with a sexy snap featuring herself bringing “the girls” out to play. A punny play on words in the caption made it clear the 27-year-old actress knew how seductive her Instagram snap was. She didn’t much care. Quite the opposite actually. She oozed confidence in this sexy snap.

Elizabeth Gillies noted in the caption she was setting “the girls” free. They were no longer on “hiatits,” which was a more sexy spin on the word hiatus.

She tried her best but it just wasn’t good enough. Fallon has officially broken her hiatits. I apologize to all those invested in this journey but the girls are free (just in time for spring) and there’s nothing anyone can do about it. The best dress always wins.”

For those unfamiliar with her more recent work, the caption references her character Fallon in the show Dynasty. Technically, this was the second photo Liz uploaded featuring herself rocking this revealing dress. The first photo featured her from a different angle. The previous photo didn’t give away how revealing the neckline of the ensemble was.

Elizabeth Gillies rocked ruby red lipstick that paired well with her fair complexion and her vibrant white dress. She also rocked her typical black-winged eyeliner with a smokey shadow on top.

Liz had her hands resting on her back just above her curvaceous, firm booty. She leaned forward just enough to get a nice clear look down the deep and revealing neckline of the dress.

Her 12.6 million Instagram followers seemingly agreed it was plenty of time. And, they were happy the girls were finally free again.

The sexy Instagram snap accumulated over 1.1 million likes and over 2,500 comments inside of 8 hours. Her followers had nothing but good things to say about the seductive snapshot.

Some of her followers preferred to focus on how much they wanted another season of Dynasty. The general consensus, however, was that Liz looked stunning.

‘SW’ SPOILER: Kody Brown Pulled Plug On Marriage To Christine?
‘1000-Lb. Sisters’: Amanda Gives Tammy Slaton A ‘Dose Of Real’ And Fans Are Here For It
Kyle Chrisley Trouble In Paradise Or Something Else?
Jeremy & Jinger Vuolo Like You’ve Never Seen Them Before
‘The Amazing Race’ Is Too Afraid To Go To These Countries