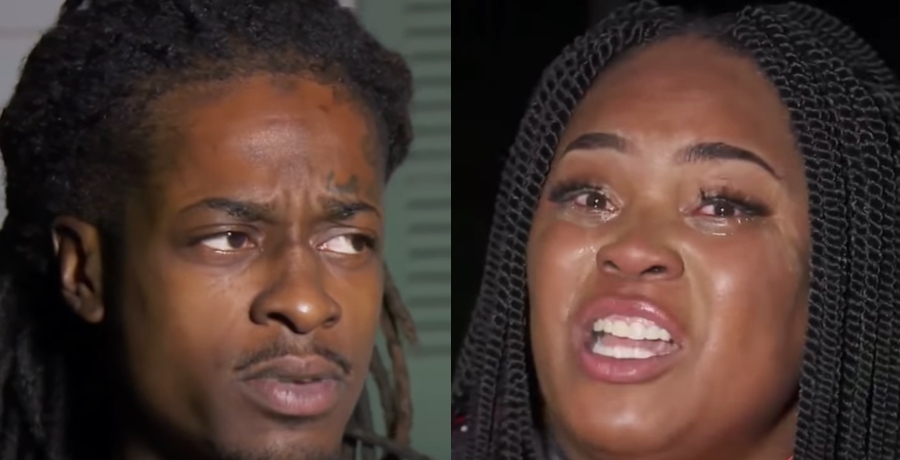 Love After Lockup cast members Shavel Moore and Quaylon Adams dealt with a lot of drama on the recent WEtv spinoff. Meanwhile, Quaylon’s sister recently dished on where things are at now for the estranged pair.

When the new Love After Lockup spinoff season started, Shavel Moore threw Quaylon Adams out of their shared home. Shavel found messages from another woman on Quaylon’s phone. And that was enough of a deal-breaker to send him packing to Houston.

Meanwhile, the Love After Lockup spinoff season followed Quaylon Adams on his quest to win Shavel Moore back. He ultimately proposed to her. And it seemed like things might finally get back on the right track. But as viewers saw in recent episodes, that wasn’t the case for the pair.

Even though Quaylon Adams took a lot of heat for messaging other women, Shavel did the same thing by having ongoing conversations with other men. And Quaylon wasn’t happy about that – no matter how Shavel tried to spin it. Meanwhile, this led to even more problems in their relationship, just as they found some solid ground to stand on.

Quaylon Adams didn’t like the “flirtations” he found between Shavel Moore and other men. And that set things on fire for the pair in the Life After Lockup season finale. The cops showed up – and Shavel got up in Quaylon’s face after he smashed her phone. Meanwhile, things don’t look good for the pair.

Whether Love After Lockup drama is scripted is a recurring topic with every new season. And Quaylon’s sister dished that it’s not. However, in her words, she said the scenes are “heavily guided.” Watchers that follow Sharp Entertainment know that production makes cast members film long hours. They also repeat certain lines. Meanwhile, whichever take is the most dramatic is the one that tends to make the final cut.

In addition, Quaylon Adams’ sister said that she doesn’t know what the current relationship status is for this estranged Love After Lockup couple. But she added that they seem to be taking things “day by day.” A few weeks ago, Quaylon Adams said that he is technically a single man. But he also said that he is still trying to work things out with Shavel Moore. So what his sister recently said fits with what he said previously.

Quaylon’s sister also said that her mother and Shavel are still very close. So it looks like there are ties that go beyond just their relationship. Either way, it’ll certainly be interesting to see if they can work things out after all the drama that went down on the recent Love After Lockup spinoff season.