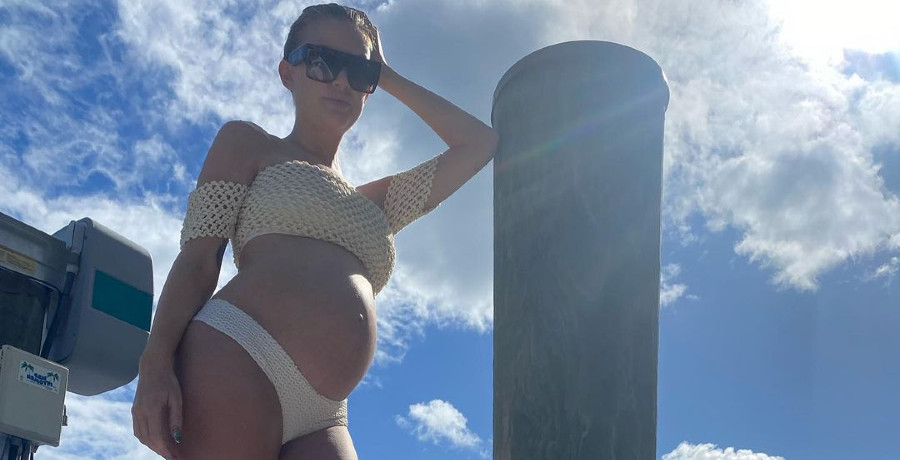 Lala Kent’s due date is in April. However, her baby is ready to make an appearance now. On March 14 her fiance Randall Emmett posted on his Instagram that Lala is currently in labor.

Randall’s post received hundreds of well-wishers offering prayers for a safe delivery. One of the supportive comments came from Scheana Shay. Lala and Scheana had a falling out in the summer of 2020. Did they hash things out?

Lala Kent announced her pregnancy in September of 2020. The news came shortly before Brittany Cartwright revealed her own pregnancy. The two are due around the same time in April. But it seems Lala’s baby isn’t going to wait.

At the start of her pregnancy, Lala started a separate Instagram for her baby. @givethemlalababy remained dormant for months without any updates. But in the last month, the account has suddenly become more active.

The mom-to-be asked followers for advice about several baby-related topics. In one post from early February, she asked if anyone had their baby before they reached 40 weeks.

Many of the account’s followers shared stories of early labor that resulted in healthy babies. It seems Lala had reason for her concern.

As Screen Rant reports, early bleeding revealed “placenta was maturing too fast.” So, Lala expected to go into labor early, but that doesn’t make it any less scary.

Randall Emmett has been through this before. He has two children with his ex-wife, Ambyr Childers. However, this will be Lala Kent’s first child. The couple is expecting a daughter.

Randall Emmett shared a photo from the hospital room. Lala Kent is hooked up to machines, prepping for her baby’s arrival.

Scheana Shay understands the worry Lala feels. Around the time Stassi Schroeder was announcing her pregnancy, Scheana was losing her baby. She was pregnant around the same time as Stassi in June 2020. Sadly, Scheana lost her baby at just eight-weeks pregnant.

She later made a bombshell accusation that Lala Kent wasn’t supportive of her in her time of need. The two had a very public falling-out over the accusations. Lala didn’t seem to be in attendance for Scheana’s recent baby shower.

Yes, Scheana Shay is expecting another baby. Her rainbow baby – a girl – will come in late April.

Knowing what Lala must be going through right now, Scheana Shay wanted to show her support.

Clearly whatever feud they had between them is over when it counts.

We send our best wishes to Lala Kent and Randall Emmett for a safe delivery of their baby. Check back with us for updates on this developing story.

‘LPBW’: Do Jeremy & Audrey Roloff Watch His Family’s Show?
Where Did Scott Disick Go During Kourtney Kardashian Nuptials?
Lala Kent’s Post-Split With Randall Emmett Got Ugly, Here’s Why
‘American Idol’ Caleb Kennedy Gets Out Of Jail After Fatal DUI, Why?
‘The View’ Fans Demand Selma Blair As New Co-Host