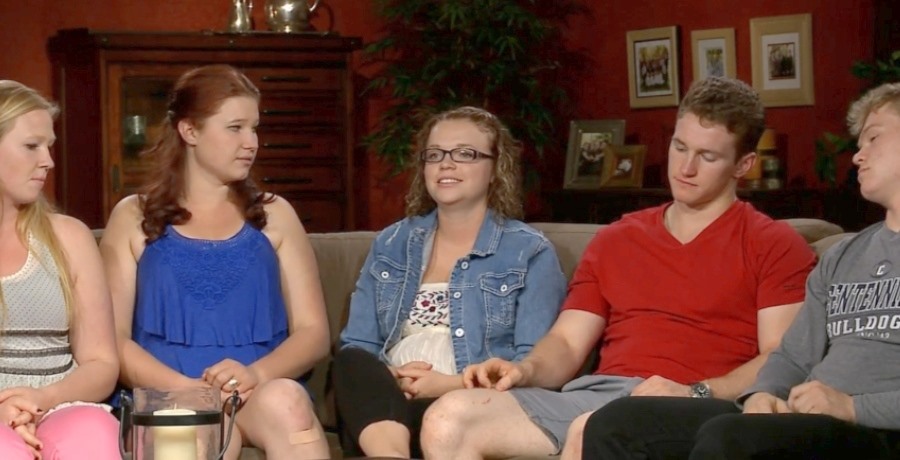 Sister Wives fans have been keeping up with polygamist husband Kody Brown since September 26, 2010. The hit TLC show follows Kody and his four wives- Meri, Janelle, Christine, and Robyn. And as expected, Kody Brown has a lot of kids. Luckily for fans, InTouch Weekly has a family tree. Read on to find out more.

It goes without saying that Sister Wives fans are all too familiar with the highs and lows of Kody and Meri’s relationship. After being engaged for less than six months, the pair tied the knot in 1990. While each subsequent wife goes on to give Kody multiple children, Meri struggles.

After five years of marriage, Kody and Meri’s first and only child, Mariah, was born. Mariah was born on July 29, 1995. Sadly, after that Kody and Meri struggle with fertility issues. However, it isn’t all bad news for this trio. After recently coming out as gay, Mariah is getting married. Recent Sister Wives episodes show all the excitement surrounding the upcoming wedding.

Next to become a part of the Brown family is Janelle. She and Kody have six children together. Shockingly, Mariah isn’t the oldest child. Kody and Janelle had Logan first. He was born on May 21, 1994. Followed shortly by Maddie on November 3, 1995. Janelle’s other children are Hunter, Garrison, Gabriel, and Savannah. While it would seem like Savannah is a baby, Distractify points out that when Sister Wives filming began, she was five-years-old. So now she is 15-years-old.

Six more for Kody and Christine

Kody and his second wife, Christine, have six children. Their children are daughters, Aspyn, Mykelti, Ysabel, Gwendolyn and Truely. Their only son is Paedon. When Season One of Sister Wives premiered, Truely’s birth was features. Which means Kody and Christine’s youngest child is about ten years old now.

How many people does Robyn Brown add to the family?

Without a doubt, the family dynamic definitely changes with the addition of fourth wife, Robyn Brown. In 2014, Kody and Meri get a divorce so that Kody could adopt Robyn’s three children from her previous marriage. These children are Dayton, Aurora, and Brenna. Since then, Kody and Robyn have had Solomon and Ariella. Ariella is the youngest of the 18 children since she is only four-years-old.

Other facts about the Sister Wives kids

Of the 18 kids on Sister Wives, only three of them are married. Maddie is married to Caleb Brush. Aspyn and Mitch Thompson are married. Aspyn’s sister, Mykelti is married to Tony Padron. Surprisingly, with 18 kids, Kody Brown only has two grandchildren and one on the way. Maddie is the mother of Axel and Evangalynn. Mykelti and Tony expect their baby this month.

Did you know Sister Wives Kody Brown has this many children? Let us know some of your thoughts in the comment section below. Come back to TV Shows Ace for more Sister Wives news.