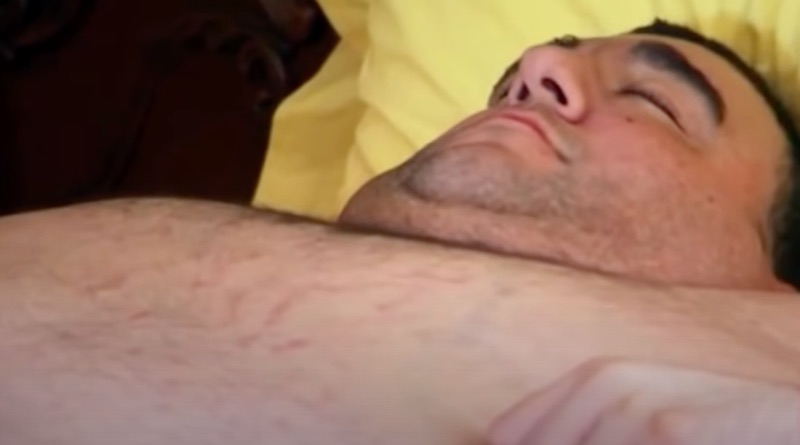 My 600-lb Life watchers may remember Robert Buchel from his season of the TLC show. A lot of the time, there are positive updates to report in terms of success stories. Sadly, Robert’s case isn’t one of them. Where is he today?

My 600-lb Life: Robert Buchel’s Journey on the TLC Show

As with most participants on My 600-lb Life, Robert Buchel was in bad shape when TLC cameras caught up with him. He clocked in at a whopping 850 pounds on the scale. And if that wasn’t bad enough, he also struggled with a painkiller addiction. So he had a lot working against him before he even started Dr Now’s program.

He got off to a rocky start on the new My 600-lb Life program. But he was able to gain some control over his issues with overeating. Meanwhile, one thing that helped the man from New Jersey is the fact that he had a lot of people rooting for him. He had the support of both his mother and his fiance as he went on this weight-loss journey.

Was totally shocked by Robert's Story on 'My 600-lb Life" on TLC. It airs again in 30 minutes with bonus footage. #SecretObsession

Robert Made Progress on the Show

In his My 600-lb Life episode, Robert Buchel made some real progress. He dropped roughly 350 pounds on Dr. Now’s program. And it seemed like he was on the path to turning things around for the long haul. Meanwhile, after all he went through, Robert Buchel fell into a deep depression. And that left him wanting to go back to his old habit of painkillers.

Meanwhile, in an attempt to score more painkillers, he even tore his stitches. Addiction to painkillers can be a tough habit to break. And Robert Buchel couldn’t break the cycle when it came to his addiction. Meanwhile, viewers see similar behavior with fellow My 600-lb Life cast member Steven Assanti as well.

Despite his early progress on My 600-lb Life, Robert Buchel wasn’t able to turn that into a lasting lifestyle change. Unfortunately for him and his loved ones, he passed away from a heart attack in November of 2017. Dr Now blamed the medical system for its complicity in Robert’s addiction. But despite this tragedy, the good doctor also noted that his patient was a fighter as well.

As My 600-lb Life watchers know, it’s life or death for cast members of the TLC show. And while there are many success stories from the long-running series, there are tragedies as well. In Robert Buchel’s case, he wasn’t able to overcome his addiction. He eventually fell back into his old habits. And he paid the ultimate price when it was all said and done. If nothing else, he can serve as a cautionary tale for future cast members.

Are you sad to hear about Robert? Let us know in the comments below.