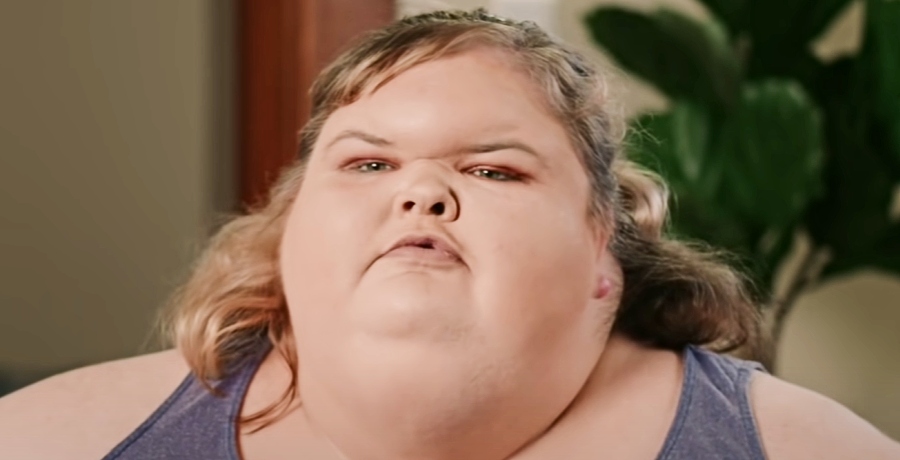 1000-Lb Sisters fans are full of questions lately. For a while, it seems like a lot of the attention is focused on Amy Slaton Halterman and the birth of her baby boy, Gage. However, it seems lately that the focus shifts to Tammy. Fans want to know how she’s doing healthwise, outside of weight loss. The one constant among Tammy’s fans is if she’s doing anything to lose weight? And fans also want to know intimated details about her love life. One of the most gutwrenching concerns among 1000-Lb Sisters is if Tammy will live long enough to go to her nephew’s fifth birthday.

At one point, 1000-Lb Sisters Tammy Slaton is just about fifty pounds shy of her weight goal to get gastric bypass surgery. However, it seems that COVID-19 and quarantine contribute to Tammy gaining all of that weight back and then some. In an episode, earlier this season, her brother Chris joins her in trying to lose weight. Fans were hopeful that this would give her motivation to do better, but that doesn’t seem to be the case.

Due to Tammy recently becoming very active on TikTok, fans have come to know a lot about the 1000-Lb Sisters star. For example, fans suspect a new girl crush is happening between Tammy and fellow TikToker, Darian Danya. And before that, Tammy shares that she has a new hobby with her TikTok following. Unfortunately, this debut receives. mixed reviews.

The next TikTok video to leave fans concerned is her making fun of Tessica Brown who allegedly uses Gorilla Glue to secure her hair according to CNN. However, in her video, she’s holding Elmer’s glue and this makes fans wonder if she can even read.

In today’s (March 7th) TikTok Tammy uses an original sound that asks what your private parts would be named if they were named after the last show you watched. Over a filtered video of her face, Tammy lets fans know that hers would be named The Act. Most of the comments are Tammy’s followers sharing their intimate part names. However, there are a few that bring up a very important topic of concern.

One follower writes, “Hope you make it till (sic) ur nephews 5th birthday.” This is a valid concern considering at one point, Tammy’s doctor projected that at the rate she’s going, her life expectancy is probably about five years. While one follower comments that she won’t reply, another one seems to express some confusion. “Tamy you can lose weight but you do not even try! Your brother and sister lost so much weight! And (sic) you still gaining!!!”

Unfortunately, social media only gives viewers a small glimpse into what is really going on in 1000-Lb Sisters Tammy Slaton’s life. There is no real way to know if she is doing anything to try and live a healthy life. Sadly, with the camera angles she chooses for her videos, the only visible gauge of progress fans have is the presence of the fact that she is on oxygen.

Do you think Tammy will start doing better so she doesn’t miss any of her nephew’s milestones? Let us know in the comment section below. Come back to TV Shows Ace for more 1000-Lb Sisters news.

Tristan Thompson Documents Rare & Precious Play Time With True
Kim Kardashian’s Life Threatened, Gets Restraining Order
‘The Little Couple’ Jen Arnold As A Pediatrician Is In Disbelief
‘Unexpected’: The 2 Haileys Feud Explained, What’s It All About?
Janelle Brown Celebrates A Special Family Birthday — Whose Is it?