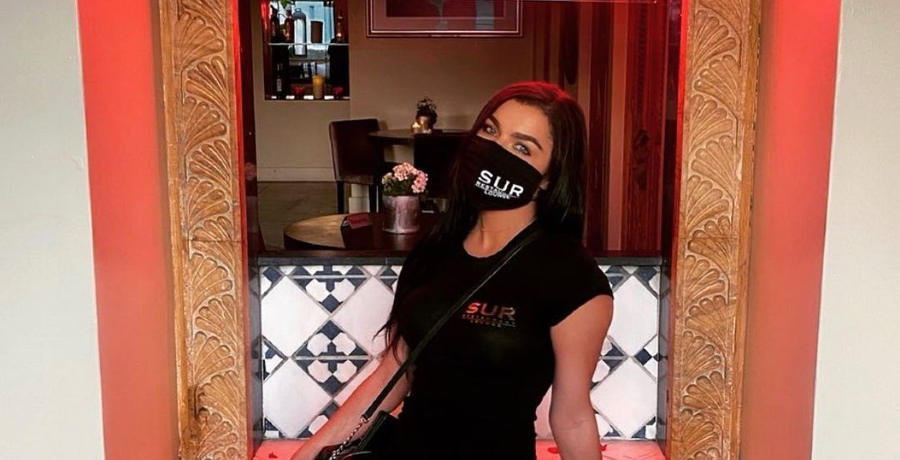 Vanderpump Rules fans will still have to hold onto their glasses. It looks like Season 9 is still on hold. Filming has not continued. Though outdoor dining resumed in Los Angeles, the show will not go on. TomTom is preparing for its reopening soon.

The restaurant industry has been directly affected by the coronavirus pandemic. Outdoor dining has become necessary and popular in an effort to prevent the spread of COVID-19. During their press interview, Ariana Madix and Tom Sandoval confirmed that filming has not resumed.

This comes after Bravo executive producer Andy Cohen confirmed on Watch What Happens Live that Pump Rules Season 9 is still on hold.

Tom Sandoval and Ariana Madix give an update

On Thursday, March 4, the Vanderpump Rules couple gave an update. They revealed that the show is currently on hold. Both SUR and TomTom have closed down and reopened several times amid the pandemic. Also, the show was in the midst of mass firings and a cast shakeup.

Then, came the whispers of the show’s possible cancelation. However, Sandoval claims that Bravo will continue with the series. Producers are just stuck on filming because of the COVID-19 restrictions. While most Bravo reality shows resumed filming, this has been difficult due to the industry they’re in.

“Obviously, they want to do another season and they have every plan and intention of doing that, but it’s just because of the industry that we’re in, they don’t want to see us just like sitting in our houses,” Sandoval told Page Six.

Ariana confirmed that SUR has reopened. But filming is still up in the air due to the COVID-19 precautions.

“So we’re kind of just waiting and seeing,” she continued.

The couple just “wants everyone to be safe” when filming starts again.

“You also have a lot of restrictions when it comes to productions as well and liabilities and things like that,” Sandoval added.

Vanderpump Rules filming not going according to schedule

Ariana Madix and Tom Sandoval have filled their time with their new venture. The couple is promoting their new line of non-alcoholic drink recipes called Alka-Seltzer Mocktails. The drinks were created to alleviate symptoms associated with hangovers. It’s like “hair of the dog,” but without the added alcohol.

While Vanderpump Rules typically films during the summer, production was on hold due to the pandemic forced restaurants and the hospitality industry to shut down their doors. SUR reopened for the first time since March 2020. But TomTom – Sandoval’s restaurant with his best friend and co-star, Tom Schwartz – remains closed. The restaurant briefly reopened last year but was impossible to continue on since it doesn’t have outdoor dining. Also, it’s much smaller than SUR.

Since VPR Season 8 ended, Bravo fired Stassi Schroeder, Kristen Doute, Max Boyens, and Brett Caprioni for their past racist behavior and comments. Meanwhile, Jax Taylor and Brittany Cartwright announced in December 2020 that they were stepping away from the series. However, some fans still think they got the boot.

What are your thoughts? Do you think Vanderpump Rules Season will comeback? Sound off below in the comments.

‘Lone Star Law’ Airs 100th Episode on Discovery, Preview
‘My 600-Lb. Life:’ Can Dolly Martinez Get Her Life Back?
‘Love During Lockup’ SPOILER: Is Tara Catfishing Max?
Surprising ‘One Tree Hill’ Reunion On New CBS Drama
‘1883’ Fans Hope That Isabel May Is Starting A Trend