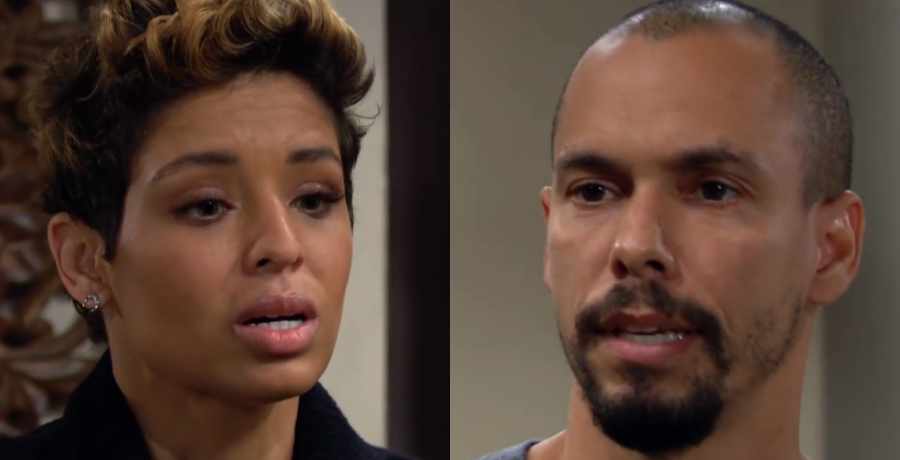 Devon (Bryton James) and Elena (Brytni Sarpy) have finally agreed to go their separate ways on The Young and the Restless.  On top of this, Nate (Sean Dominic) dumped her. This means that Elena has nothing. Now it seems she is planning to steal Devon’s sperm and have a child. According to spoilers for the CBS soap, at least then Elena would have something all of her own.

The Young and the Restless and missing sperm

The popular soap opera has a long history of sperm going missing. Who can forget how Ashley (Eileen Davidson) stole Victor’s (Eric Braeden) sperm to conceive Abby (Melissa Ordway). On top of this, Diane tried the same stunt and gave birth to a boy who she named Christian. However, the baby turned out to actually be Jack’s (Peter Bergman) offspring. She then changed it to Kyle (Michael Mealor).

Now, The Young and the Restless spoilers are saying that in her desperation, Elena might do the same thing.

It turns out it is pretty easy to steal sperm from sperm banks in Genoa City. Apparently, people can literally help themselves from the samples piled up there.

Devon is making plans to donate sperm to help Abby have a child, while Chance is out of the picture. Mariah (Camryn Grimes) is set to carry that child as a surrogate mom. This means Devon’s sperm is readily available.

Why is Elena planning to steal sperm?

Devon dumped Elena after he found she had slept with Nate. She wasn’t too upset about Devon dumping her. However, Elena doesn’t want to break up with Nate. However, and rather ironically, Nate dumped her after she slept with Devon.

With both men wrenched from her life, Elena now has nothing. If she could have Devon’s child, she would at least have something. The pair did sleep together recently, so Devon would believe her if she said she got pregnant that night.

However, on the other hand, she had also slept with Nate and he might believe the child is his. This would mean that Elena would then have both men’s attention, which she would surely enjoy.

More sperm drama on The Young and the Restless

Obviously, Elena needs to steal the sperm as soon after she slept with Devon as possible. She also needs to do so before Abby uses up all the sperm for herself. This means Elena’s window of opportunity is very small, so she had better get on with it. As a doctor herself, Elena not only has access but has the knowledge of how to impregnate herself.

As noted by SoapHub, while it might seem a crazy plan, could Elena go through with this? If she does, what will happen to Abby and her baby to be?

Keep watching The Young and the Restless on CBS, weekdays to keep up with the story.