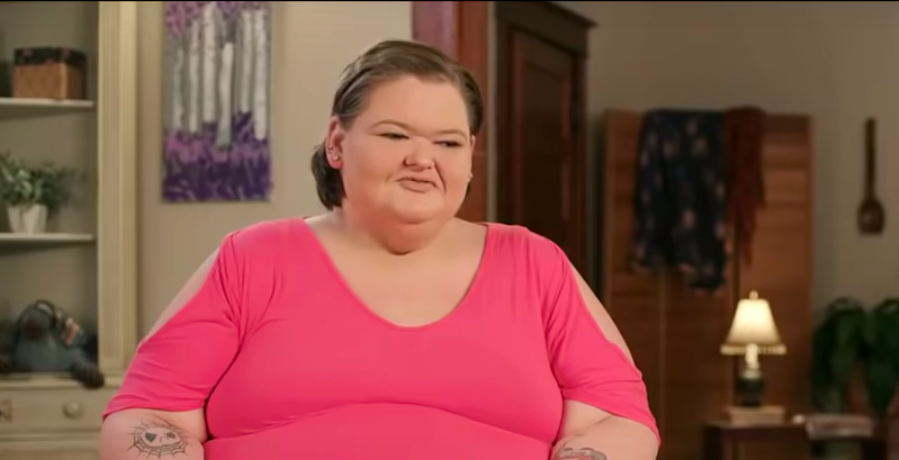 The 1000-lb Sisters star Amy Slaton seems to be out here living her best life as she has come so far since the beginning of their show. Amy and her husband are now off on their anniversary trip. So where are they headed?

It’s been a busy year for Amy Slaton

1000-Lb. Sisters follows the lives of Amy and Tammy Slaton. As we learned in the first season, Amy lost enough weight in order to have her weight loss surgery.

One of her main motivators for losing weight was so she could eventually get pregnant and have a baby.

Now the show is near the end of its second season. Tammy Slaton continues to struggle with her weight, but Amy became a mom.

In spite of her doctors’ advice, only four months after her surgery, Amy Slaton found out she was pregnant. Her doctor recommended for her not to get pregnant for the first two years after surgery.

As we previously reported, Amy Slaton’s miracle son was a breech baby. So, she was required to have a C-section birth. However, Amy delivered a healthy baby boy named Gage Deon.

Now, we estimate Amy Slaton gave birth around the end of December, which makes baby Gage a few months old now. So, it seems Michael and Amy are now comfortable enough as parents to take an anniversary trip!

Amy Slaton and Michael Halterman are off on a trip together to Gatlinburg Tennesee.

So far the couple has not shared much about their plans for the trip. However, Amy is posting daily to social media.

Yesterday she shared the following blurry photo of the Gatlinburg landscape with the caption “Made it to Gatlinburg tn safely.”

Made it to Gatlinburg tn . Safely pic.twitter.com/frAAdSCXhs

Additionally, she posted another series of blurry photos to her Instagram writing, “Gatlinburg tn.. Ripley’s is the place to be.”

Despite the wild photos fans seem to love keeping up with her adventures.

One fan commented, “Have funnn Amy we love you and gage!!!!” While another simply wrote, “Enjoy.”

Most recently she posted her Thursday night vacation dinner on Twitter.

The majority of comments on all of her photos have been extremely supportive and filled with well-wishes for the couple, which is a nice change of pace for a Slaton sister!

Now the question is whether Gage joined the couple on their trip or is someone babysitting him? If he is with a babysitter, fans are hoping it’s NOT Tammy!

What do you think of Amy Slaton and Michael Halterman’s anniversary adventures? Let us know what you think in the comments below. Be sure to watch catch episodes of 1000-lb Sisters on TLC Mondays at 10 pm E.T.