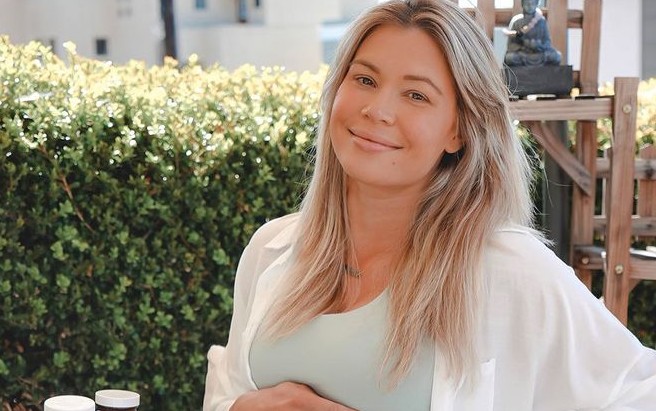 Bachelor in Paradise alum Krystal Nielson is sharing some scary details about her first pregnancy. Sometimes things don’t always go as planned and Krystal is learning this. She announced her pregnancy with her boyfriend, Miles Bowles in November 2020. Later in the month, they shared they would be welcoming a daughter in 2021. Now, as she moves closer to her due date, she will be more cautious and follow doctor advice closely. What did Krystal find out about her pregnancy?

Krystal went to Instagram to share the terrifying news she received from doctors. She started out by saying, “On Friday we had a growth ultrasound and found a cyst on the umbilical cord near our baby’s abdomen.”

Krystal continued saying, “My doctor sat me down and told me to prepare for a c-section as the pressure from contractions could cause it to rupture resulting in…. things I don’t even want to imagine.” Krystal went on saying all weekend she and Miles sat anxiously awaiting Monday to go in and have another ultrasound. She said, “It was a balance of faith and seeking to find comfort and answers among uncertainty and fear.”

The mother-to-be said she cried a lot. Krystal continued, “The birth experience I’d imagined… complications… and everything in between wore heavy on my heart… but Miles was my rock and together we leaned into trusting that everything would work out exactly as it’s suppose to. 🙏” 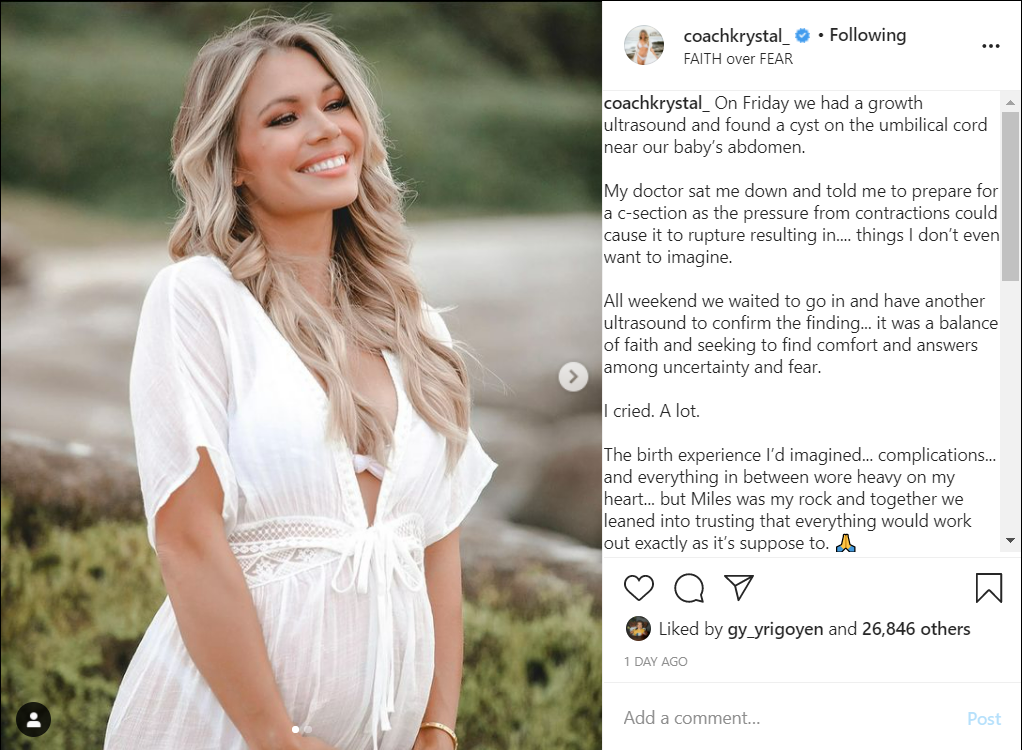 What’s to come for Krystal

After the second ultrasound, Krystal said her doctors are very optimistic about her continuing her original birth plan. Unless something changes she may not need a C-section after all. She went on to say she is very thankful.

Krystal wrapped up her post saying, “While this weekend was just a glimpse into the fears that parenthood can bring up… more importantly, Miles and I learned to lean into each other, trusting Faith and letting go.🙏”

In case anyone forgot, Krystal was married to Chris Randone before announcing their divorce in 2020. They met on Season 5 of Bachelor in Paradise. Then, they wed in June 2019. Following their split announcement she started dating Miles in May 2020. Just a few months later they would learn about her pregnancy.

Both Krystal and Miles are excited for their future as a family.