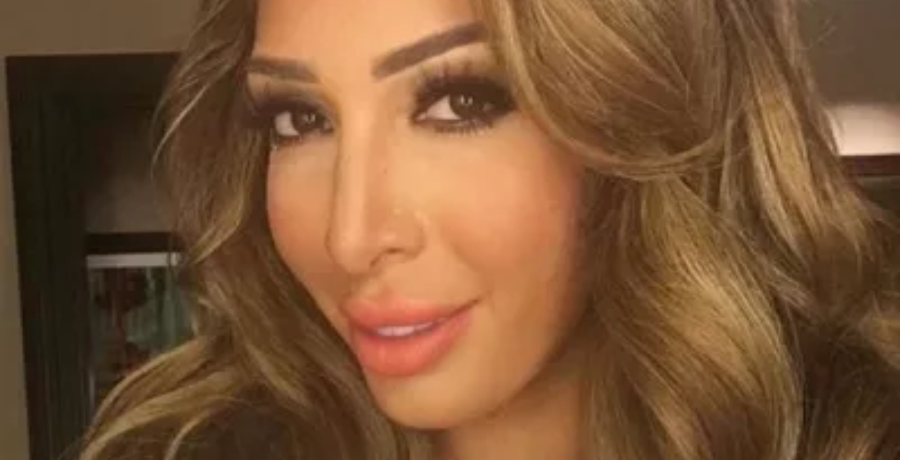 Farrah Abraham is an open book about her life. So, it’s no surprise that she shared a video of herself getting the COVID-19 vaccine. On Monday, March 1, the Teen Mom alum started the month and week off right. Farrah got her first dose of the coronavirus vaccine.

The reality star wore a racy outfit for the occasion. In the clip posted on Instagram, Farrah wore a gray camisole that had barely-there straps. She paired her look with olive green pants and a black lace face mask. Of course, Farrah’s video received a lot of reaction from online trolls.

On Monday, the 29-year-old controversial star shared the video of her injection from CVS pharmacy. Farrah didn’t surprise followers with her choice. It didn’t take long for the trolls to notice and weigh in on her decision. Completely unfazed, Farrah called herself “G.I. Joe – Mom reporting for duty” in the caption.

“It’s prolly [sic] fillers for her arms now lol” one follower wrote. “Botox goes on your face,” another chimed in. In addition, one notes that Farrah was “Looking away as if she’s scared of needles & hasn’t had hundreds in her face already.”

But some people wanted to know how she qualifies for the shot. “You’re not in any of the tiers?” one user asked. “Why are you getting vaccinated before others?” Others accuse the former adult star of getting a “fake” shot. Apparently, they believe she edits the video to make it look as if she got the vaccine.

Some question her choice of face mask

Farrah Abraham wore a very thin face mask that featured black lace. One person comments that the MTV star is “wearing her panties as a face mask,” to which another adds that “it’s a literally see-through mask.” However, a third user argues that the mask in question “has another layer behind the lace.” No pharmacy would allow a person to wear a similar face mask to receive a vaccine if it didn’t protect them and others around them.

Some questioned Farrah’s attire in general. One asked: “You wore that to get the vaccine?” Some claimed that the television personality was seeking attention. However, the overall consensus is that Farrah got a fake injection. Others think she got the flu shot. Regardless, Farrah’s COVID-19 vaccine video sure has people talking.