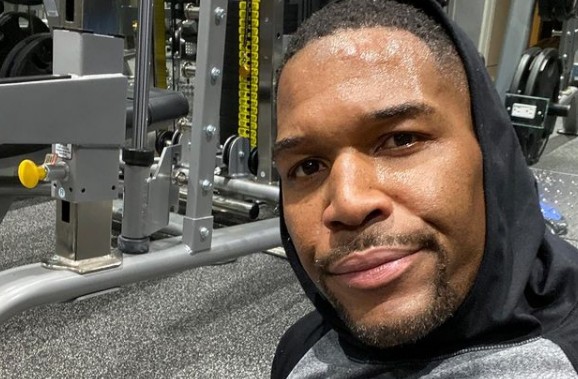 This past weekend, the announcement came that Emmanuel Acho would be hosting The Bachelor: After the Final Rose. There will no doubt be tough conversations that need to happen. And, production felt Emmanuel was the best choice to handle the situation. However, rumors had been flying previously that Michael Strahan was being sought for the hosting role. Now that Emmanuel is hosting the After special, many are still wondering about the regular seasons. Rumors continue to fly that Michael Strahan could be taking over for Chris Harrison as the host for the upcoming season of The Bachelorette. Here’s what is known at this point.

Will Michael Strahan take over hosting duties for The Bachelor?

Heavy shared some details on why producers think Michael Strahan would be a good fit for host of the beloved reality show. It’s becoming more clear that the likeliness of Chris Harrison returning to host The Bachelorette is fading. ABC has not commented on his departure and as more time passes many are concerned his time with the franchise is running out.

Production landed Emmanuel Acho to host Matt James’ After the Final Rose special. However, nobody has mentioned if he will be continuing with the franchise or if this is a one-time hosting deal.  Enter Michael Strahan. According to reports, there are many who feel Michael would be perfect for the role. He’s popular and well-liked.

Sources close to the situation said, “They needed someone who was not only popular and charming but also have a massive amount of live TV experience — which is why they want Michael Strahan. There is so much concern about the future of the show within ABC. If they don’t get this episode right they could kill the cash cow. There is talk about taping the show rather than doing it live.”

The above comment was before Emmanuel was named host of After the Final Rose. However, it still remains unknown who will be the host moving forward. Michael is already a part of the ABC family. He joined Good Morning America in 2016.

IT’S OFFICIAL: I’ve accepted the Rose & am honored to be hosting the @bachelorabc After the Final Rose this year.

It’s been a pivotal season & this episode will be one of the most storied shows in its history. Empathy is needed and change is coming. See y’all then! 🌹 ❤️ pic.twitter.com/eWBXT6Kv6J

Following his controversial interview with Rachel Lindsay, Chris Harrison stepped aside as host of the show. As time goes on without a statement from ABC, many think his days are numbered as host.

Many alums have spoken up wanting Chris removed from the franchise. Others, including Jordan Kimball want him to stay. Jordan exposed past tweets from Taylor Nolan that now have her in the hot seat.