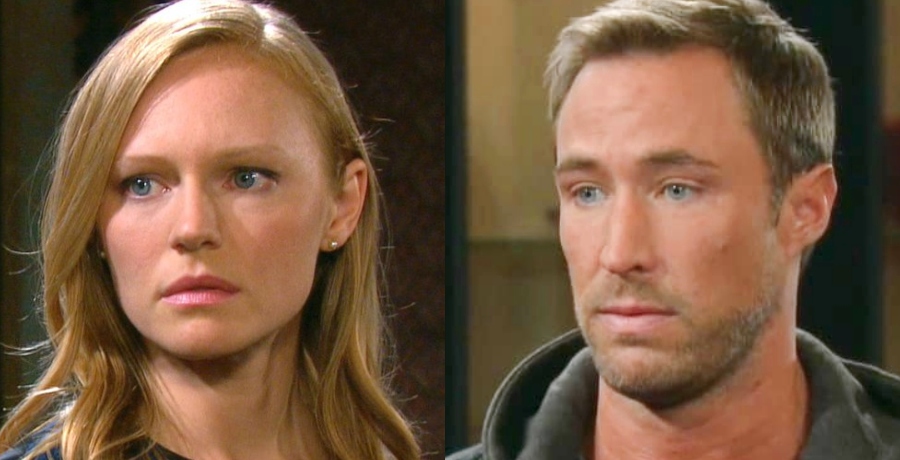 Plus, Abigail Deveraux’s (Marci Miller) revenge plans for Gwen Rizczech (Emily O’Brien) hit a snag. This may be Abby’s tipping point. Is her “Gabigail” persona about to make a reappearance soon on the NBC soap?

Days of Our Lives Spoilers: Sami Brady Convinces Belle Black To Represent  Her – John Black Might Need Belle’s Help Too

Days of Our Lives spoilers confirm Sami Brady (Alison Sweeney) is the prime suspect (so far) in Charlie Dale’s (Mike Manning) murder. After Rafe Hernandez (Galen Gering) hauled her into the station for questioning, she quickly realized she needed a lawyer. So she called her sister Belle Black (Martha Madison). However, Belle still is bitter about the whole Jan Spears (Heather Lindell) mess she credits Sami for creating.

Days of Our Lives spoilers suggest Belle Black puts aside her anger and steps up in the name of family for her big sister. Spoilers also tease Belle might be called upon again to represent her father, John Black (Drake Hogestyn). He’s looking like the next suspect to be questioned once Belle gets Sami off the suspects’ list.

DOOL Spoilers: Rex Brady Is Back  – Will He Stop Xander Cook and Sarah Horton’s Wedding?

Other Days of Our Lives spoilers have Rex Brady making a quick stop in Salem. Sarah Horton’s (Linsey Godfrey) ex-fiance most likely isn’t happy about her marrying Xander Cook. Especially after all the things he did to Sarah in the name of love.

Days of Our Lives spoilers predict Rex crashes Xander’s rather sad and pathetic bachelor party. Jack Deveraux (Matthew Ashford) is the only friend Xander has these days in Salem. None of his cousins want anything to do with him and vice versa.

However, Rex isn’t a friendly add-on guest. Spoilers say he gives Xander a piece of his mind. Meanwhile, Chloe Lane (Nadia Bjorlin) also gives Sarah some “friendly” advice about her pending nuptials to Xander. Will Rex and Chloe set the groundwork for an unhappily ever after for Xander and Sarah?

Kyle Lowder Returns to Days of Our Lives as Rex Brady: What Will He Have to Say About Sarah and Xander’s Engagement? https://t.co/vVqXkj83NU via @soapoperafan

Days of Our Lives spoilers show Anna DiMera (Leann Hunley) makes a shocking discovery that could end Abby and Gabi’s plans for Gwen. While in the tunnels, Anna finds the naughty nanny bound, tied, and gagged in the secret room under the mansion.

Certainly, there’s no love lost between Anna and Gwen, but will Anna keep Abby’s secret, or will she force Abby to release her hostage?

Of course, Days of Our Lives spoilers wonder what Anna was doing lurking in the tunnels herself. But her discovery of Gwen certainly overshadows the reasons why she was down there.

Abigail has had a rough few months on Days of Our Lives. She’s been heavily targeted by her twisted sister Gwen. This resulted in a stint in a mental hospital. However, since returning from her time at the psych hospital, she’s been drugged again.  Gwen’s tried to implode her parent’s marriage, bedded her hubby, and in Abby’s mind, Gwen killed her grandmother Laura Horton (Jaime Lyne Bauer). Now spoilers indicate Abigail Deveraux reaches her breaking point once again.

In the past, when Abby’s experienced this type of psychotic break, she’s morphed into one of her alters, Gabby, and donned a black wig. Since Abby is spending so much time now with Gabi, plus the stress of dealing with Gwen and Anna’s discovery, it’s the perfect storm for her alters to make a resurgence on the NBC soap.