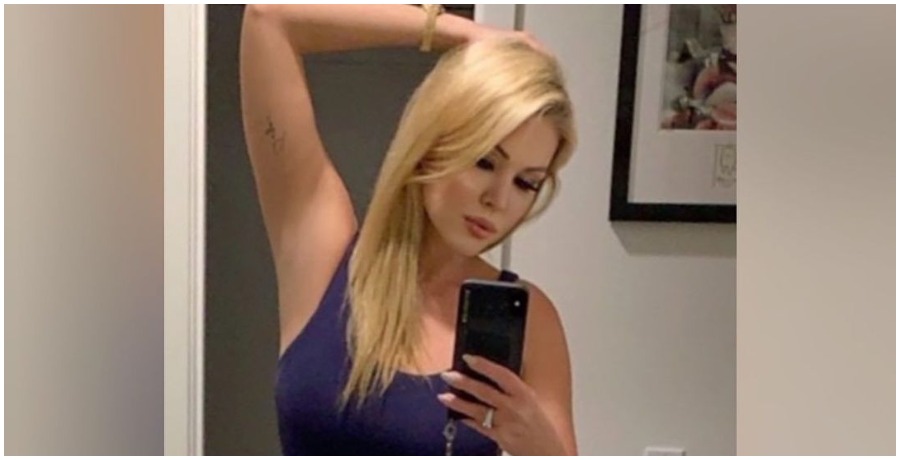 Travis Barker is currently dating Kourtney Kardashian. However, he may have a bit of drama on his hands with his ex-wife, Shanna Moakler. Fans have been hearing rumors that Shanna and Kourtney may be beefing. Although, there doesn’t seem to be much merit to those reports.

“I’ve never met Kourtney. I’ve heard through the grapevine that she tried to reach out, but I never heard from her or anything. I would have no problems meeting her and being cordial. I think it would be nice to know the person who’s going to be spending a lot of time with my kids,” Moakler stated.

However, she did throw just a bit of shade, when she revealed she doesn’t think she and Kourt will ever be friends. The model told Us Weekly.

“I have no problem … just introducing myself and letting her know that I have no ill-will. But I don’t see her and I going to the spa any time soon.”

In the past, Kourtney Kardashian and her baby daddy, Scott Disick, have been commended for their co-parenting skills. Kourtney even went on vacation with Scott and his former girlfriend, Sofia Richie. So, she likes to keep her family close. Sadly, it doesn’t seem that she’ll be able to do that with Travis Barker’s former wife.

While Kourtney Kardashian and Travis Barker’s new relationship may come as a surprise to many, the pair have known each other for years. https://t.co/6Wl4fZtlyX

Shanna and Travis split in February 2008. They currently have shared custody of their two children, son Landon, 17, and daughter Alabama, 15. Meanwhile, Kourtney and Scott have three kids together, Mason, 11, Penelope, 8, and Reign, 6.

Moakler claims that her children are very close to Kardashian’s kids, revealing that they grew up in the same neighborhood. She even admits that they’ve been having play dates for “years.” Still, Shanna and Kourtney’s paths haven’t crossed.

Shanna and Travis don’t have a close relationship

In addition, Shanna Moakler reveals that she and Travis Barker don’t have a close co-parenting relationship. She told the magazine:

“I don’t know why my name came up when they just made it official. I don’t know why my divorce 10 years ago became relevant again,” the Hollywood Exes alum noted. “I’m not very close with Travis. We’re more acquaintance and co-parents, and I don’t know her from a hole in the wall, so it’s not really for me to say [if they’re a great match] in any capacity. All I can say is if they’re happy, I’m happy for them.”

Fans can see more of Kourtney Kardashian and Travis Barker’s relationship play out via social media. Recently, Kourt made the romance Instagram official with a cute hand-holding pic.