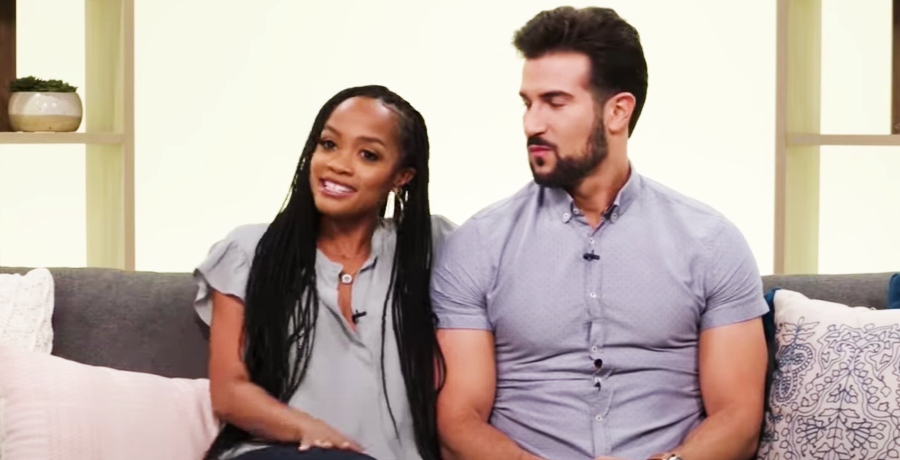 Rachel Lindsay of The Bachelorette is dealing with a lot at the moment. She just deleted her Instagram after revealing she was being harassed about Chris Harrison stepping down. Before deleting she spoke about the media using people for clickbait. Rachel expressed it created a place for racism to breed. Fans and Bachelor nation are supporting her taking a break. Something she’s not taking a break from, helping people.

Rachel and her husband Bryan Abasolo are giving back to children in need. They are fundraising for Nicklaus Children’s Hospital. They will be raising money to give health care to kids who don’t have insurance. Bryan shared his cousin is an ambassador for the hospital.

Bryan said he and Rachel Lindsay had been working with the hospital for a couple of years. According to People, he said it means a lot to give to a charity where he was born, in Miami. Lindsay said one of the things they discussed first was doing charity work together. They both found a passionate partner in the other when it came to giving. Lindsay said focusing on COVID is important, but we can’t forget about other charities that need help.

She said they were so happy to help, because, “there’s still a lot of work to do. People are still suffering in so many ways.” A raffle with a prize of fifty thousand dollars is the way the fundraiser works. The raffle gives money to the Patient Assistant Fund. Bryan said the charity is a miracle worker.

Bryan Stands Behind His Wife All The Way

Rachel Lindsay and the members of Bachelor Nation have been going through a lot. Bryan posted a message of support along with the picture above of them. He said, “I love you, I appreciate you, I believe in you and I just wanted to let you know how proud of you I am.” He went on to say never stop fighting for what you believe in. Of the charity, Lindsay said, “we’re passionate advocates for health equity, so we’re excited to invite all of our fans in Florida to join us in raising funds.” Fans have been eager to help a good cause.

The recent controversy stemming from an interview Rachel did with Chris Harrison, brought hate from Bachelor nation. She’s got a lot of people on her side. Some fans are calling for Rachel to step in as the host while Chris Harrison is taking a break. What do you think about the turmoil in Bachelor nation right now? Would you enjoy Rachel Lindsay as a host? Comment with your thoughts below.