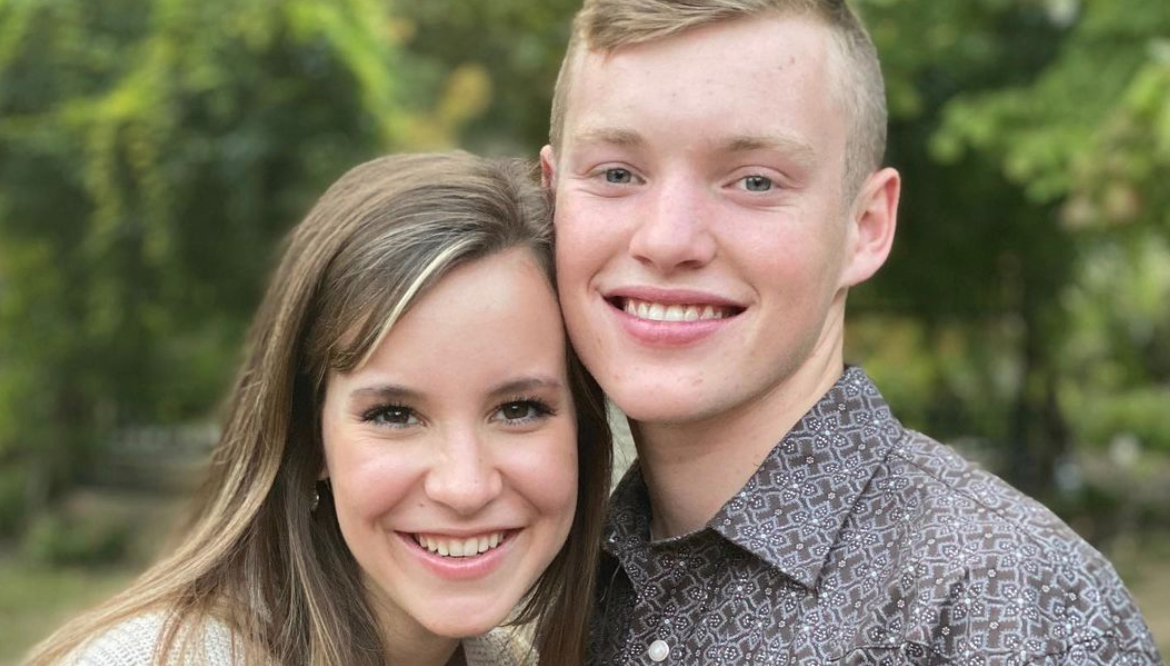 Justin Duggar and Claire Spivey are officially married! The couple got married on Friday, February 26, 2021. Shortly after tying the knot, they shared photos from their wedding on social media.

On Friday evening, both Justin and Claire took to social media at the same time to post a quick wedding snap. In the photo, Claire is wearing a modest, short-sleeved white gown. Her hair is braided, and she has tiny flowers in her hair. Justin looks sharp in a classic navy suit. In their captions, both Claire and Justin simply write, “2.26.21 💞”

Justin and Claire have known each other for a while. The Duggar and Spivey families are close, so the kids knew each other growing up. They publicly announced their courtship in September 2020 after courting secretly for a year.

Then, on November 16, the pair got engaged. Just three months after getting engaged, the 18-year-old and 19-year-old are married. Justin and Claire already have a place to settle down. Jim Bob Duggar sold a home to his son for just $1. 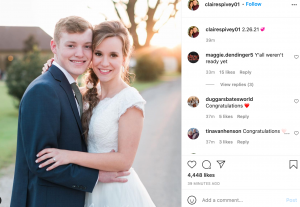 What do we know about the wedding?

Little is known about the wedding so far. Since the couple only got married on Friday, they haven’t shared many details about the wedding. It’s possible that they will share additional details later on. Fans hope that the wedding will be featured on TLC’s Counting On as well.

Prior to the wedding, there was a lot of speculation about when it would happen. The couple’s registry has a later date listed, April 16, 2021. Because the Duggar family is in the public eye, this fake date could have been used to prevent anyone from crashing the wedding. They might have chosen to keep things lowkey and get hitched secretly.

For months, fans have been keeping an eye out for any hints of a possible wedding. Fans have been wondering when they would actually get married since other Duggars have set fake wedding dates to throw off the paparazzi in the past.

Stay tuned for additional details about the couple’s wedding and their marriage too. TV Shows Ace shares the latest updates on the Duggar family, as well as your other favorite reality TV stars.

So, are you surprised to hear that Justin Duggar and Claire Spivey are already married? Let us know in the comments below.