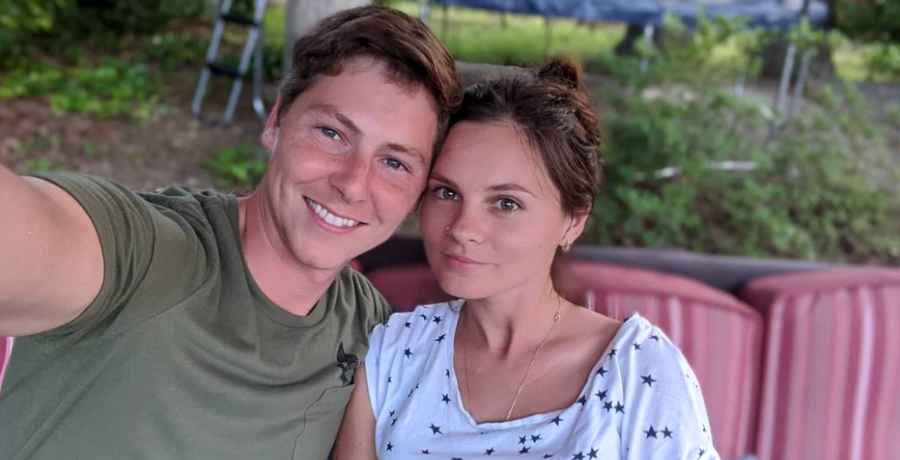 90 Day Fiance stars Brandon Gibbs and Julia Trubkina have had plenty of ups and downs in their relationship on Season 8. After an episode where Julia threatened to leave the country, rumors surfaced that she had, indeed, returned to Russia.

Recent news revealed that Julia is pregnant with Brandon’s baby, despite his parents’ attempts to intervene. The latest news reveals that Julia and Brandon are indeed still together after a Redditor spotted them at the baggage claim at a Virginia airport.

Brandon Gibbs and Julia Trubkina have had a rocky ride during Season 8 of 90 Day Fiance. Brandon’s parents, Ron and Betty, have been overly strict, insisting they have separate bedrooms. His mom also tried to insist Julia take birth control pills. At one stage, Julia threatened to leave America and return to Russia – she couldn’t take it anymore. But, while fans believe she might have done just that, it turns out they were wrong. Eventually, rumors did the rounds that Julia was pregnant with Brandon’s baby, despite Betty’s best efforts.

Julia recently posted funny Instagram video clips, taken in a kitchen that is clearly not on the Gibbs’ farm. This led to fans saying she had run away from the farm. While other rumors say that Brandon and Julia are married, it just didn’t seem likely.

However, a clip posted by Brandon to his Instagram for Valentine’s Day makes it clear they are still together and madly in love.

A Redditor recently made a post that reinforces the idea that the 90 Day Fiance pair is still together. The fan recently spotted Brandon and Julia at the airport in Richmond, Virginia. They posted an image of Brandon and Julia waiting at a baggage carousel, wearing face masks. The post from the r/90dayfianceuncensored Reddit can be seen here.

The fan noted that Brandon and Julia “are really small in person” and that “they were all over each other” at the baggage claim. Naturally, the question of why they are traveling during the pandemic came up. However, one commenter said, “they filmed the Tell All this weekend in LA.”

Other fans noticed Brandon’s California Republic sweatshirt that he might have bought on the trip. However, the funniest comments relate to the fact that Brandon’s mom isn’t there. They also noted that Ron and Betty didn’t meet up with them at the baggage claim.

It does, indeed, look like Brandon and Julia are still happy and in love, despite everything. Considering the 90-day period must be up by now, the couple could have truly tied the knot. So far, it is unknown whether Brandon and Julia are still staying at the family farm. However, fans should find out more on the 90 Day Fiance Tell-All that was reportedly filmed recently.