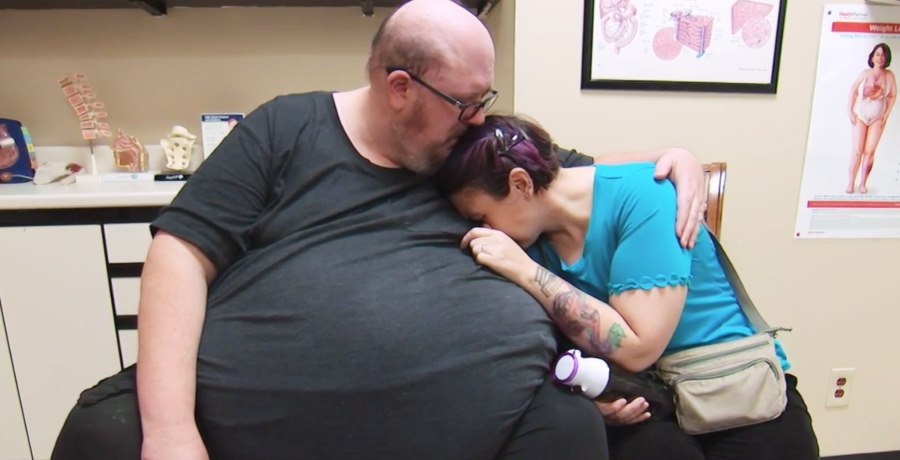 My 600-lb life star Michael Blair reached out to the famous weight loss surgeon Dr. Now for help dropping some weight. He opened up to the camera and to fans about the trauma in his life. It seems that the tragedy and pain are not behind him yet. He was in a pretty serious car accident recently. Here’s what we know about it.

It’s no secret to fans of My 600-lb Life, that Michael had a rough childhood. He talks about being bullied when he was a young man, and if that’s not bad enough Michael was also molested by a trusted camp counselor.

Unfortunately, it took him some time to get over some of the pain from these events. But, he was able to put in some real effort to build his confidence and get the life that he longed for.

He finds his true love

Michael opens up to fans more about his life, saying that after he graduated high school, he made a real effort to find a job that made him happy. Which was great, and not only that, he was also able to keep himself active by participating in martial arts. Shortly after that, he found a job he really enjoyed as a bouncer at a bar. Life seemed great for young Michael. He was able to find his life partner, Kimberly. The two wed. 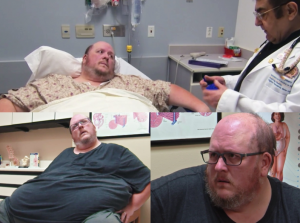 Michael Blair and his wife work on slimming down

Michael explains that right after the birth of their first child, his wife put on a large amount of weight. He blames himself for this mostly because of his poor eating habits. However, the two decide to help each other in their struggle to lose weight and be each other’s support system. They both went on a strict diet and worked toward getting gastric bypass surgery approval from Dr. Now.

Good news and then bad news

Kimberly was so happy to first get approved for weight loss surgery and Michael was next to get the go-ahead. However, after receiving his approval, Michael got into a nearly fatal car wreck. Michael says the accident was a “pretty bad one.” He ended up rolling his car four times.

He also took out a fire hydrant and a lamppost. Michael sustained many none life-threatening injuries. However, the reality show star did end up having a more serious issue to deal with due to the damage to his spleen. Which ended up having to be removed due to the damage the accident caused to Michaels’s battered body.