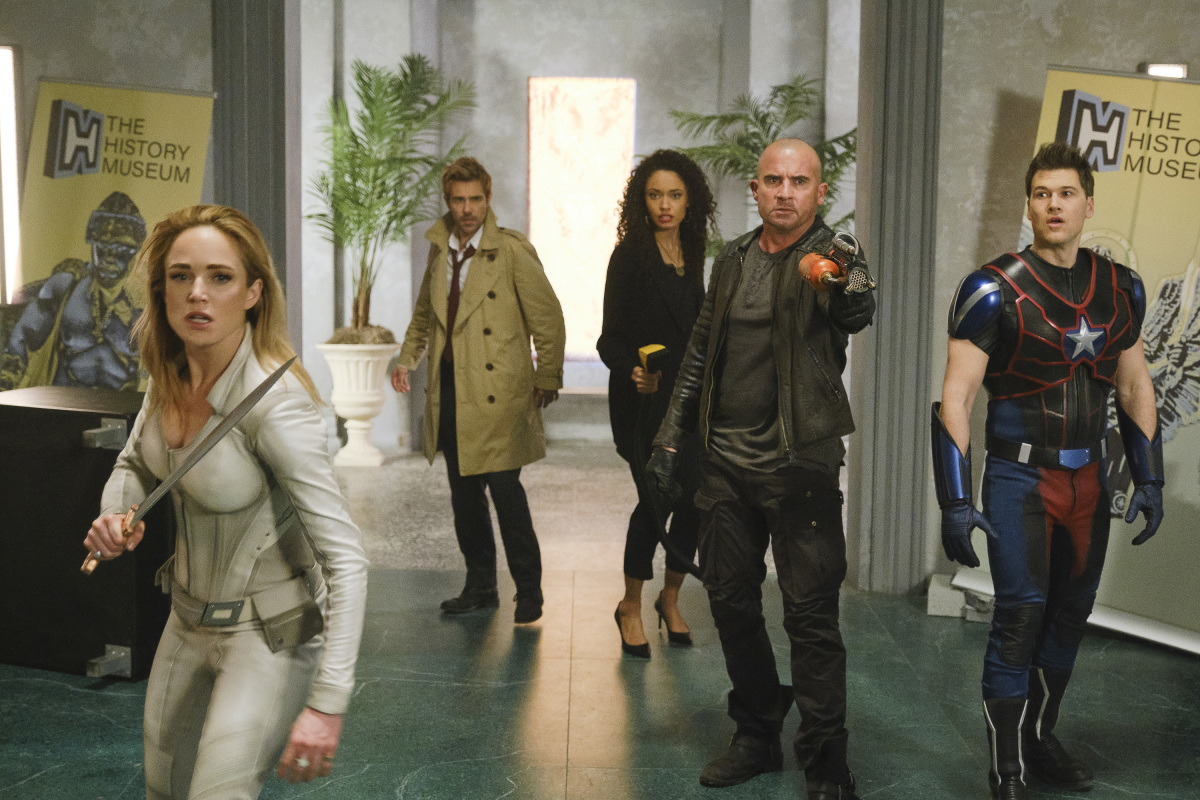 The CW has revealed the schedule for spring 2021, and there is a lot of movement. DC’s Legends of Tomorrow Season 6 is one of the shows finally with a premiere date, but the series is on the move.

TVLine shared the full schedule with premiere dates from April to June 2021. There is still one show missing from the list, which isn’t all that surprising. The surprise is that DC’s Legends of Tomorrow is losing its Tuesday night slot. Fans can watch the series on Sundays starting in May.

When Will DC’s Legends of Tomorrow Season 6 Premiere?

Get Sunday, May 2 in your diary. DC’s Legends of Tomorrow is going to kick off Sunday nights in the 8/7c timeslot. The good news is that it’s still paired with a CWverse (originally the Arrowverse) series. Batwoman Season 2 will remain on Sundays but will move an hour later.

That means Charmed Season 3 is on the move. It is back to Fridays starting May 7 leading the night with Dynasty following. This is nothing to worry about when it comes to Charmed. The CW doesn’t seem to have a “Death Slot” anymore, which is what Fridays used to be. Instead, the aim is to keep similar TV shows together. The aim is to keep two CWverse shows together on a Sunday night.

This is a late premiere date for DC’s Legends of Tomorrow. It all comes back to The CW opting for a pandemic-proof fall schedule. With the fall shows pushed to January, all midseason shows were pushed to various points in the spring schedule. Fans know Legends of Tomorrow Season 7 is happening, but will the push disrupt when the season will air in the 2021-2022 schedule? That is something everyone will look out for when it comes to setting the fall schedule for 2021.

Time to get the team back together! Season 6 premieres Sunday, May 2. Stream next day free only on The CW! #LegendsOfTomorrow pic.twitter.com/PZ7nW5e0Tz

Where Is Supergirl Season 6 on the Schedule?

There is one big CWverse series missing from the CW spring premiere dates. Supergirl Season 6 is nowhere on the list. This is the last season of the series, especially now that Superman & Lois is on the network, and performing well already.

Filming for the sixth season of Supergirl was pushed back due to Melissa Benoit’s pregnancy. This will push back the premiere date. Fans hoped a spring premiere date would happen, but that clearly isn’t the case. The season may keep its Sunday nights, with episodes taking over the Batwoman timeslot when the Season 2 finale ends.

The CW may even decide to push Supergirl to the 2021-2022 schedule. NBC did this with Brooklyn Nine-Nine due to various filming delays and script changes. Putting the female-led superhero series in the fall would make sure there is one usual suspect.

What do you hope to see on DC’s Legends of Tomorrow Season 6? When do you think Supergirl will fit in the schedule? Share your thoughts in the comments below.

DC’s Legends of Tomorrow Season 6 premieres on Sunday, May 2 at 8/7c on The CW.