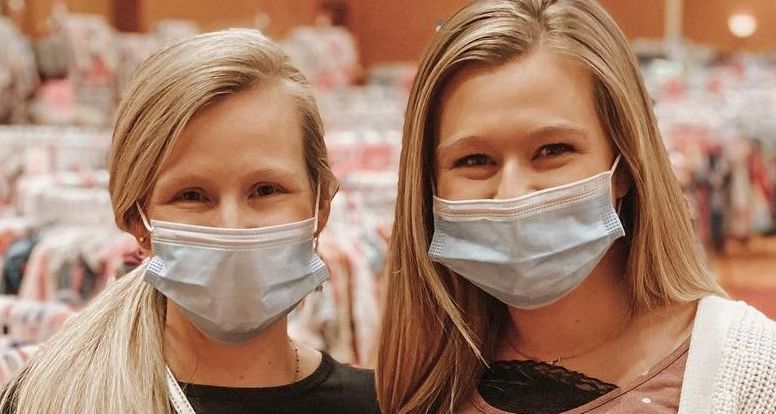 Counting On star Kendra Caldwell Duggar is going to be a big sister again. The 22-year-old now has three kids of her own, but her mom, Christina Caldwell, is still adding to her own family.

On Tuesday, February 23, Joe and Kendra announced that their baby girl has arrived. They named her Brooklyn Praise. The little one is doing well, and fans are happy to hear it. They think she’s adorable in the pictures that Joe and Kendra shared.

Now, fans know that Christina is pregnant too. She announced her pregnancy shortly after Kendra did. Since Kendra has given birth, fans are expecting Christina to give birth soon too. So, when is Christina’s baby due and what do we know about her pregnancy so far?

When is Christina Caldwell due?

On Christmas Eve, the Caldwell family did a gender reveal scavenger hunt. Then, she posted a video of the scavenger hunt and revealed the baby’s gender to her social media followers nearly two weeks later. Christina announced that she’s having a baby girl. Christina is due to have her baby girl in May 2021. She’s about 13 weeks behind Kendra.

Kendra Duggar and her mom love being pregnant together

On social media, both the mom and daughter have shared random updates about their pregnancies. They seem to spend a lot of time together. Recently, they went shopping at a huge children’s consignment sale. They also had maternity photos taken together. 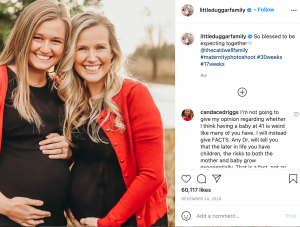 Though Kendra and Christina enjoy bonding over their shared pregnancies, fans don’t always support them. Some of their followers have been outspoken about how “weird” it is that they are pregnant together. Other followers are worried about Christina’s health as she gets older. The mom and daughter don’t seem to be bothered by the criticism and continue to share photos together.

Christina is now 41 years old, and this baby is her ninth. She has not said publicly whether this is her last baby or if she plans on having more children.

So, did you know that Kendra Duggar’s mom Christina Caldwell was expecting? Let us know in the comments below.