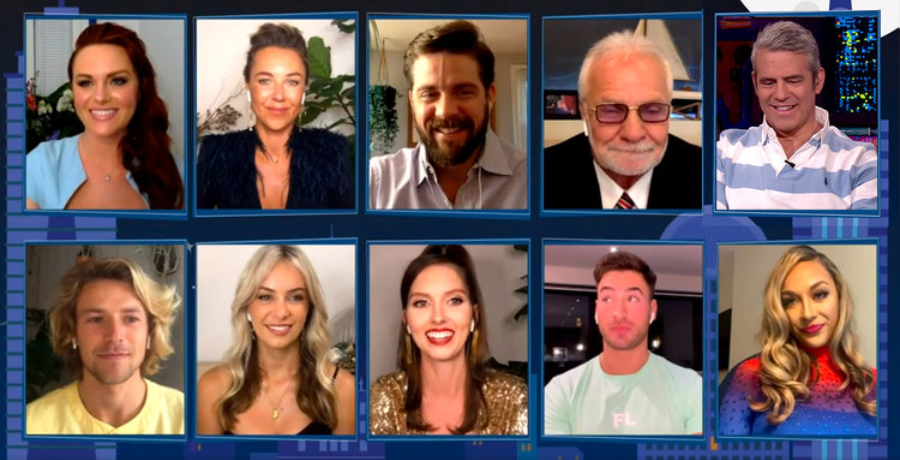 Below Deck stars Elizabeth Frankini and James Hough talked about their night together. The crew reunited virtually on Watch What Happens Live with Andy Cohen. On the Monday night, February 22 episode, James and Elizabeth set the record straight on their boatmance. They got in trouble on the show when they slept together in the guest cabin.

It was one of the most-talked-about moments on Season 8. The two didn’t ask for permission to spend a night in the off-limits guest cabin. Chief stew Francesca Rubi was upset when she learned about it. This led to Elizabeth’s history-making firing.

Some fans think James should’ve gotten the boot as well. They argue that there’s still a double standard in yachting.

Do Elizabeth and James have regrets?

During the February 22 virtual reunion, the former couple talked about that brief moment of indiscretion. On a previous episode of Below Deck, Elizabeth and James spent a night in the area that’s for charter guests only. It’s a no-no for crew members. Host Andy Cohen questioned their decision to do the dirty deed.

“Elizabeth and James, how did you think it was okay to hookup in the guest cabin without permission, and then not take any responsibility for the poor work ethic you both showed?” he asked Below Deck stars.

“It was dead simple. I’ve obviously worked in yachts before, I kind of knew something that shouldn’t be done, and we were messaging each other and she said, ‘Should we go into the guest cabin?'” James said. “I gave a warning saying, ‘We shouldn’t do this,’ which I did, and that’s me in the clear. If we do get in trouble, we do get in trouble.”

“We were off charter, we were drinking,” Elizabeth chimed in. “It shouldn’t have happened without permission.”

The two agreed that they probably shouldn’t have done it without permission. But they couldn’t agree on who invited the other into the guest cabin. Elizabeth blamed James. Third stew Ashling Lorger reminded them that it “takes two to tango.” Andy then asked if it was “100 percent worth it” and if they had a “good time.”

“I knew we were going to get in trouble, but it was just balancing out the risk and the reward,” James said.

Of course, it wasn’t worth it for Elizabeth. She ended up getting fired from her role as a stewardess. However, the crew couldn’t agree on what led to her dismissal. She made many mistakes along the way.

Why the firing is a first in Below Deck history

This kind of firing never happened on Below Deck before. Francesca exclaimed the news to Elizabeth at the end of the February 8 episode. She ended up as the first stew to be fired on the show. There were many messy stews along the way, but most of them lasted throughout the charter season.

What are your thoughts on Elizabeth’s firing? Do you think it was fair? Sound off below in the comments.