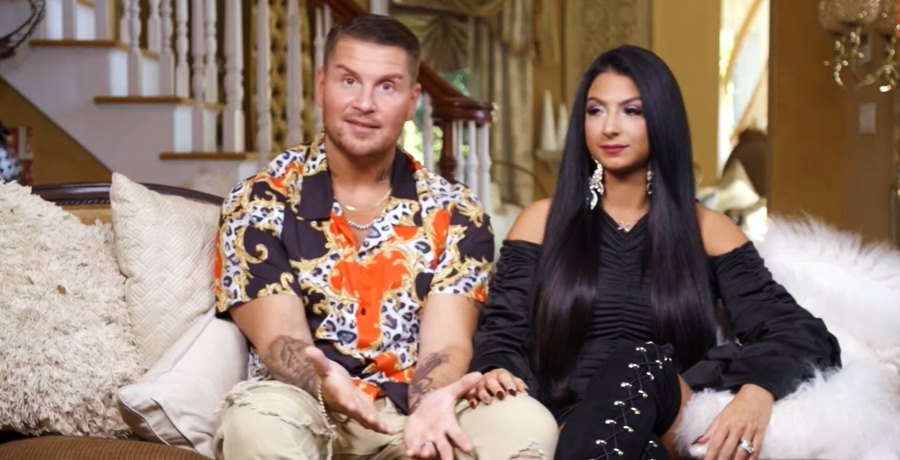 Fans saw Bria Martone and then-fiancé Matthew Mancuso go to see a fertility specialist. They told her they wanted to get pregnant on their honeymoon. Bria is ready for kids immediately. Throughout this season Bria has dealt with a lot of stress trying to plan her wedding. Fans want something good to happen for her, and a baby is good.

Some fans are speculating she already is pregnant. An announcement on Salon Martone’s Instagram had fans thinking that was the surprise. Others think Lexi is releasing a line of alcohol, and some think it is just a special at the salon.

Bria Martone And Matt Have Had Time

Bria Martone got married last September. That was five months ago through the pandemic makes it seem longer. That means there has certainly been time for them to conceive. Bria has taken a lot of heat for still wanting an expensive wedding during COVID. While some fans understand this is how the show is edited, others have said some hurtful things. Jennifer has defended her daughter to trolls on more than one occasion.

The couple has Matt’s twin boys Ronin and Logan part of the time and Bria dotes on the toddlers. According to Meaww, there hasn’t been any news of a baby on board yet. The boys made an impression when Matt brought them to the salon and they distracted from a big client Lexi and Bria worked on together. They were smashing creamer packets and it led to a fight between the sisters.

Bria posted the following picture to her Instagram that cast her as Cinderella and Matt as Charming. Fans thought it was really cute. Bria’s Instagram bio says, “every princess needs her prince.” Bria doesn’t care that her sister doesn’t like Matthew. She defends him loyally anytime her sister has something negative to say.

Lexi Is Getting Back Out There

In tonight’s episode, Lexi, who is vocal about her dislike of Matthew went on a blind date. It seems the talented nail tech wants to get back into the dating pool. When Bria told her she was readying her body for babies, her sister said, “we already have babies,” referring to the twins. Jennifer Martone said she knows Bria loves the boys but it kills her someone else made Matt a father.

The boys happened when Bria and Matt were taking a break. Their mother has been on the show and has a good co-parenting relationship with Bria. Jennifer gets to watch the boys some too and dotes on them as much as Bria.

What do you think about Bria’s honeymoon baby? Do you think she’s already pregnant? What about Lexi’s blind date. Comment with your thoughts below. Catch Unpolished on TLC Tuesday nights.