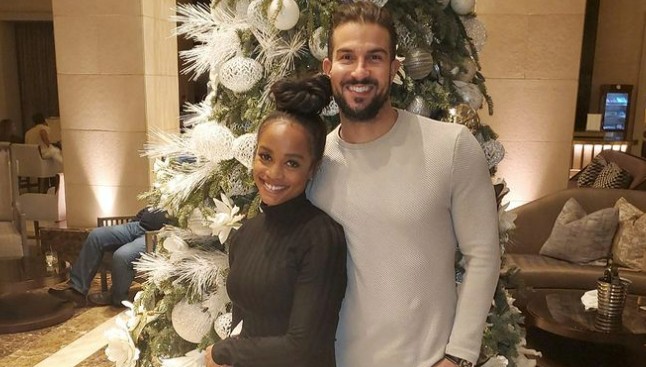 Former Bachelorette Rachel Lindsay has finally spoke following Chris Harrison’s decision to step aside as host of the show. It has yet to be determined how long he will be away from hosting duties. Fans have been divided on sides since the controversial interview Chris had with Rachel. Many have spoken up either against or in support of Chris. Rachel did not make a statement on his decision to step down until now. What did she have to say?

US Weekly shared what Rachel Lindsay had to say about Chris. Bachelor Nation already knows she was upset by the interview she had with him. However, until now nobody knew her thoughts on his decision to temporarily step down as host. The original interview with Chris took place February 9. Since then, Bachelor fans and alums have been in complete disarray.

Rachel said, “It was never my intention to see Chris Harrison step aside but it was my intention for others to see and hear this interview.” She continued, “It’s important to further and highlight these discussions. The only way to do that is to have these uncomfortable conversations so we can understand the underlying issues and implicit racism that exists within our society.”

Rachel went on saying, “When we can learn to recognize implicit and unconscious bias that history of our environments have taught us, then we can challenge one another to be better for ourselves but also for this society. Let’s not label, let’s not cancel, but let’s hold people accountable for their actions. Let’s set the example in this generation so that we don’t repeat the horrific mistakes from the past and so we can unify and be the change that this country needs to make this society better  for the next generation.” 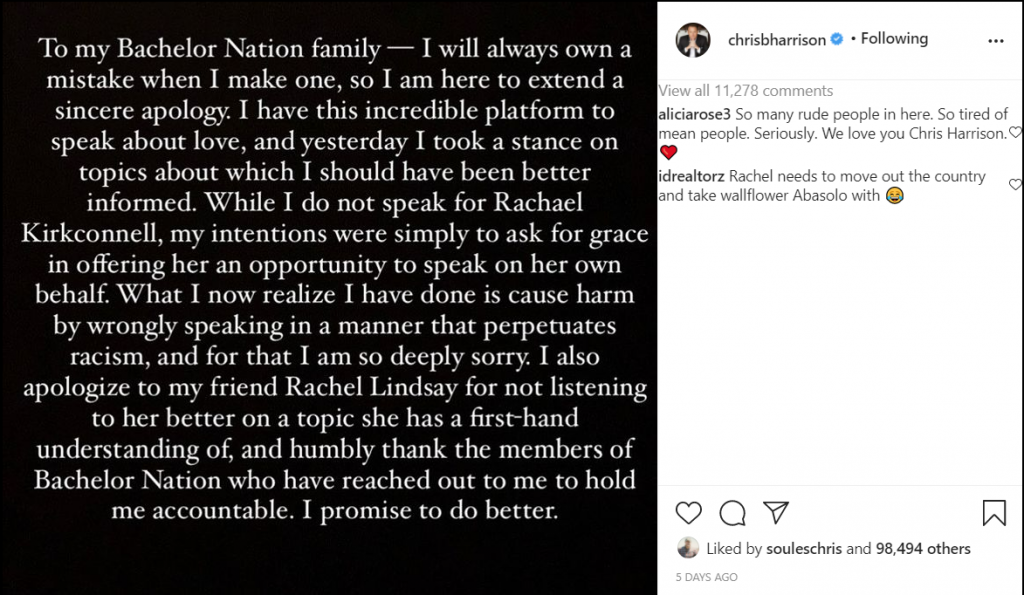 The interview between Chris and Rachel touched on controversial contestant Rachael Kirkconnell. She’s accused of racist actions in her past. The most recent uproar regarding Rachael involved her attending an Old South plantation style party. Chris said things were different in 2018 then now. He also encouraged everyone to show her some grace and allow Rachael to speak out about the incident herself.

After that interview Chris issued an apology. For many it was not good enough. So, Chris made the decision to temporarily step aside from hosting duties on The Bachelor. He will not be present to host Matt James special After the Final Rose.

While taking a break, Chris has vowed to get better and be educated. He said, “I am dedicated to getting educated on a more profound and productive level than ever before. I want to ensure our cast and crew members, to my friends, colleagues and our fans: this is not just a moment, but a commitment to much greater understanding that I will actively make every day.”

What do you think about the situation between Rachel and Chris?