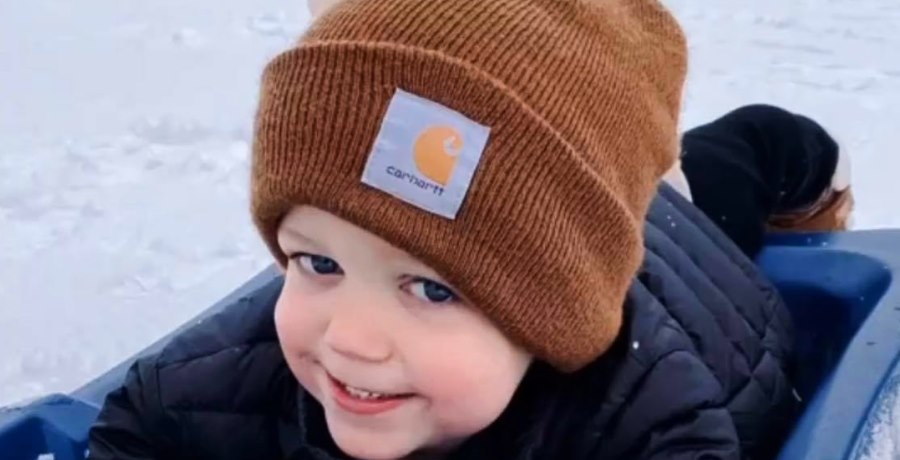 Little People Big World star Jackson Roloff is once again showing off his inner daredevil side. The three-year-old son of Zach Roloff and Tori Roloff is always up to do just about anything. The toddler shows no fear as he tests his boundaries. However, no doubt he’s pushing his mother’s patience.

Little People Big World toddler Jackson Roloff isn’t afraid of anything. So, in many ways, he takes after his grandfather Matt Roloff. The young Roloff is open to trying new things and taking risks. Plus, most of the time, Jackson doesn’t even realize he’s doing something many would find dangerous or scary for someone his age.

Just the other day, the Little People Big World fan favorite was caught innocently standing on a chair at the dining room table. Jackson is just going about his day, playing a game or doing a puzzle, in his big boy underwear. He’s got no cares in the world. Of course, as he’s standing on the chair he should be sitting in, no doubt his poor mom Tori Roloff is sweating bullets. Little Jackson stands tall, seemingly unconcerned, as his sister Lialh Roloff is crawling below, playing with their dog Murphy.

LPBW: Jackson Gives Tori A Run For Her Money

Undoubtedly, Little People Big World cutie Jackson Roloff gives his mom a full workout daily. Just keeping up with his endless energy has to be exhausting for the busy mom of two, Then factor in Jackson’s curiosity and willingness to try everything and anything. All moms can relate to Tori’s dilemma.

Plus, let’s not forget Tori’s got her daughter Lilah also getting around and into things. Although she’s not quite as adventurous as her big brother, she certainly tries her best to keep up with him and all the fun things he tries to get her to do with him.

Lilah Roloff looks up to her Little People Big World sibling Jackson Roloff.  The feeling is mutual. Jackson too adores his baby sister. The two have grown closer this past year as they spent a lot of time together and less time with extended family and friends. A younger sibling generally idolizes their older siblings. This is the case with Lilah and Jackson.

Certainly, Lilah hasn’t yet mastered as many of the motor skills as her older brother. Still, she tries her best to keep up. Sometimes she gets frustrated, but one day soon, she’ll give him a run for his money. In the meantime, Jackson still needs to remember Lilah is much younger and smaller than he is. Often he forgets and is a tad too rough on her. But still, Lilah adores Jackson. He’s a great role model for what an older sibling should be like. Perhaps Lilah one day will have a younger brother or sister to teach the ropes, much like Jackson has with her.