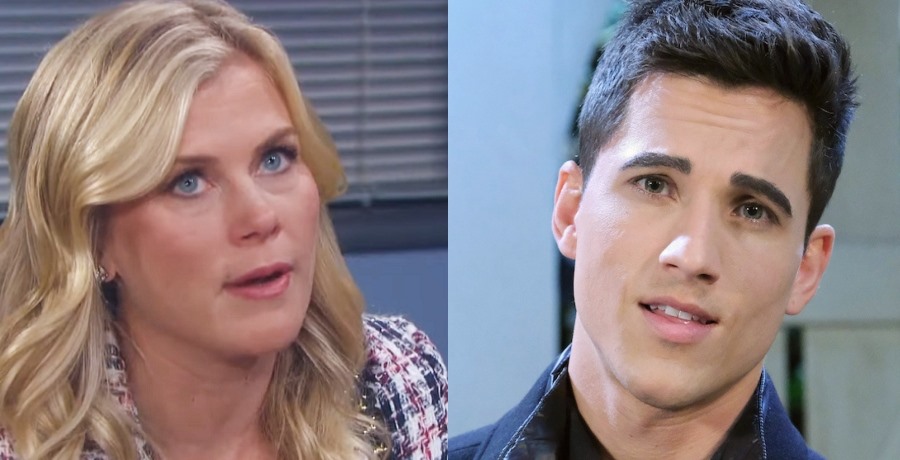 Days of Our Lives spoilers two weeks ahead from Monday, February 15, to Friday, February 26 show Charlie Dale (Mike Manning) meets his maker. Plus, Rafe Hernandez (Galen Gering) makes an arrest just as his feisty ex-wife Sami Brady (Alison Sweeney ) blows into town. The WhoDunnIt kicks off with a long list of suspects as February sweeps come to an end on the NBC soap.

Days of Our Lives Spoilers: Abby And Gabi Make Up And Team Up

Days of Our Lives spoilers show Abigail Deveraux (Marci Miller) needs Gabi Hernandez’s (Camila Banus) help to run her new-found half-sister Gwen Rizczech (Emily O’Brien) out of her life and Salem. Gwen’s been nothing but trouble for Abby for the better part of a year. She’s drugged her twice, nearly imploded her parent’s marriage, and slept with her husband, and now “accidentally” offed her grandmother.

Days of Our Lives spoilers show Abby and her big sis brawl at her grandmother Laura Horton’s (Jaime Lyne Bauer) grave. Abby doesn’t believe Gwen’s version of Laura’s death as an accident. So after that fight, she seeks out Gabi, apologizes for accusing her of drugging her, and forms an unlikely alliance. Gabi is the queen of revenge, so it doesn’t take much convincing to get her on board. Plus, Jake is at stake for Gabi. So, of course, she’s all in to take down Gwen.

Days of Our Lives spoilers know Chloe Lane (Nadia Bjorlin) wasted no time offering up her services as a nursemaid to the recovering Brady Black (Eric Martsolf). Of course, Kristen DiMera (Stacy Haiduk) is not pleased. Prison will not stop the jealous girlfriend in her. So she enlists Susan Banks (also Stacy Haiduk) to swap places with her. Look for Susan to make it near impossible for Chloe to get her hooks into Brady.

Plus, Ben Weston (Robert Scott Wilson) also needs Susanls psychic abilities to track down Ciara Brady (Victoria Konefal). However, with the switch, Kristen made, “Susan’s” vision is as worthless as a three dollar bill to Ben Weston’s quest to find his wife.

Chloe, girl, you got a target on your back and her name is Kristen. Finally something exciting! #Days #Broe pic.twitter.com/P1BXfSzD6B

Charlie Meets  Henry – Tripp Steps Up As “Dad” On Days of Our Lives?

Days of Our Lives spoilers show Charlie Dale escapes justice once again. However, after his exoneration, he meets his son Henry Horton. That doesn’t soften his heart or even cause him to own up to raping Allie Horton (Lindsay Arnold). Several Salemites have a few choice heated words for the sinister intern. So when Charlie turns up dead soon, the list of suspects is far from short.

Additional Days of Our Lives spoilers show Tripp Dalton (Lucas Adams) feels a fatherly pull towards his nephew Henry. Allie’s apologized for falsely naming him as her attacker and baby daddy. So the two are starting fresh and bonding over her little boy. Days of Our Lives spoilers tease Tripp will step up and try to be a father figure to his nephew.

Days of Our Lives spoilers reveal Rafe Hernandez hauls a suspect into the station for questioning. Detective Eli Grant (Lamon Archey) just informed Charlie’s next of kin, his mother, Ava Vitali (Tamara Braun), and his half brother Tripp that he’s been murdered. So they have mixed feelings. Of course, there’s some sadness, a tremendous sense of relief, and fear as they certainly top the lists of suspects.

However, Sami Brady just returned to Salem. So no doubt, the momma of Charlie’s rape victim becomes the target of the Salem PD for his murder. Days of Our Lives spoilers remind showrunner Ron Carlivati likes to bring Sami Brady back with a bang. In this case, it may be an actual bang and not just a literal one on the NBC soap.