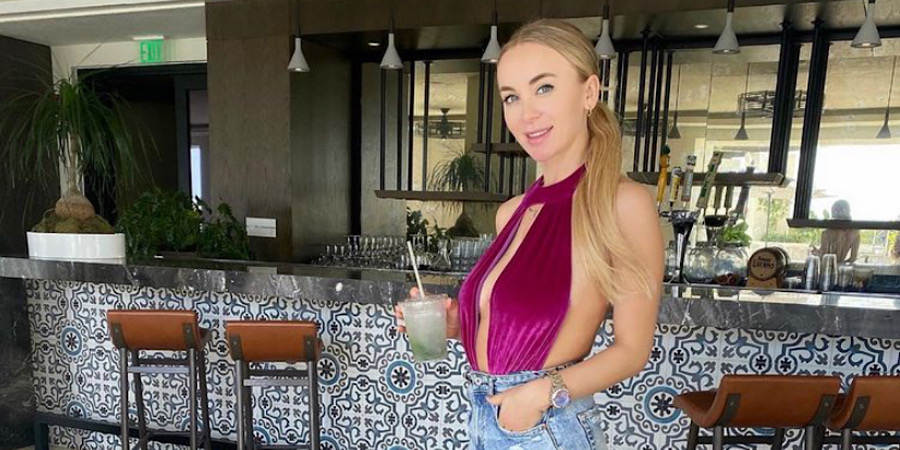 Yara and Jovi are 90 Day couple no one was really sure would last. They had a whirlwind relationship which resulted in a pregnancy. Jovi decided to propose and make an honest woman out of Yara. Sadly, she suffered a miscarriage and the need to marry was moot. But, Jovi ultimately wanted her as his bride and thus their 90 Day Fiance journey began. And, they are now parents to a baby girl, which fans can now have a glimpse of.

Moving to Louisiana on a K-1 visa was a risk Yara was willing to take to be with Jovi. She loved him and they had just been through a major life moment together. But, as viewers saw in Season 8, there were a lot of ups and downs. Jovi was used to a fast and fun lifestyle in New Orleans. When Yara first arrived, he wanted to take her out and have fun with his friends. She would rather sleep.

Yara also did not want to have a lavish wedding. She told her fiance’s mother, Gwen she preferred a quickie Vegas wedding sans any wedding/bridal party. This did not sit well with her at all as she believed Ukrainian women only came to America for Green Cards. Gwen and Yara clashed as they are both strong women and soon, Jovi and Yara were clashing. They had to find a way to work together if they would ever make it from engaged to married. To add to their issues, Jovi would be leaving for work. Yara did not know how she would be able to ever raise a family with him not around and flashed to her miscarriage. How she had to handle the operation without him. But, they were about to be in for an unexpected surprise.

Despite her trepidation, Yara would soon reveal to Jovi they were expecting. At first, he did not believe her so she took another test. It proved she was in fact pregnant and he was happy. According to records, the two tied the knot the way Yara wanted- in Las Vegas a year ago. In Touch revealed they welcomed their baby girl around September of 2020 so she is about five months old. The parents have not posted anything regarding the baby on their social media but a screen grab can finally show what she looks like.

On a vacation in Miami, the three are poolside at a table. Mommy, donning sunglasses and a t-shirt, appears to be doting on a baby girl who is in a swimsuit and a hat to cover her face. Dad has baby on his lap while wearing sunglasses. They appear to be very happy. Viewers can watch the rest of their love story play out on 90 Day Fiance Sunday nights on TLC.