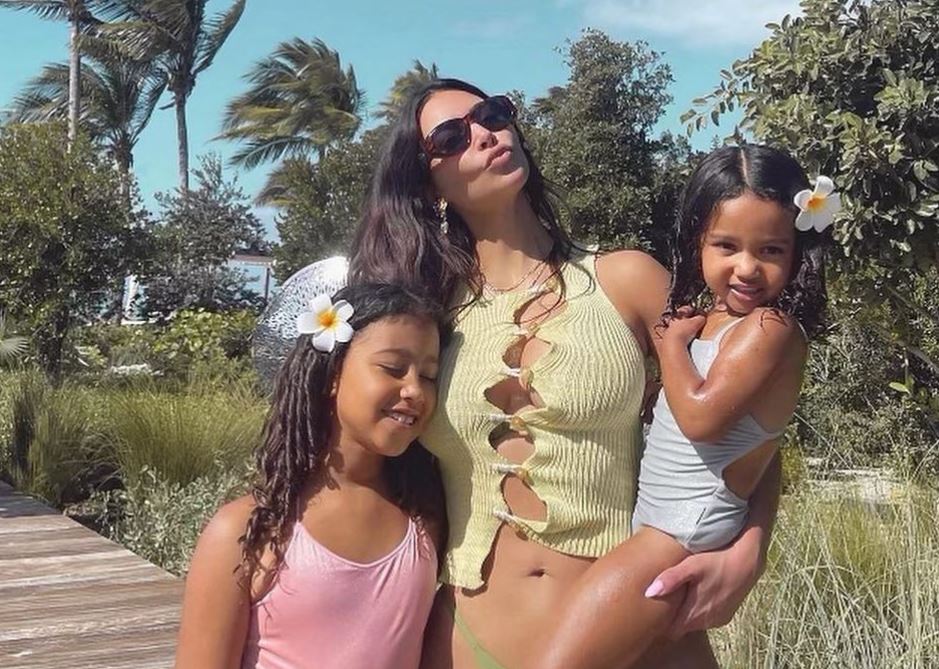 There has been a lot of talk about the painting North West supposedly painted. Kim Kardashian shared the painting on her social media yesterday. Now fans are trying to figure out if North really painted it.

Kim Kardashian shared a photo on her Instagram story of an outstanding painting. She claims in the post that it’s her daughter, North’s, artwork. However, fans were not so quick to believe her Today says.

“I will bet anything (even my life) that this painting was not done by north west,” someone writes on Twitter.

“I‘m supposed to work but I can’t stop thinking about how north west did not paint this,” another writes.

Kim Kardashian is not taking this lightly though. In fact, she is pretty mad that people are accusing her of lying.

“DON’T PLAY WITH ME WHEN IT COMES TO MY CHILDREN!!!” she writes on her Instagram story. “My daughter and her best friend have been taking a serious oil painting class where their talents and creativity are being encouraged and nurtured.

She continued, “As a proud mom, I wanted to share her work with everyone. I’m seeing op-ed pieces in the media and social media from grown adults breaking down whether or not my child actually painted this! How dare you see children doing awesome things and then try to accuse them of NOT being awesome!?!?! Please stop embarrassing yourselves with the negativity and allow every child to be GREAT!!! NORTH WEST PAINTED THAT.”

So, it’s pretty safe to say North West really did paint that picture. Honestly, she has more talent than most adults. Kim Kardashian has every right to be proud of North and her work.

Kim’s life outside of her kids

Aside from just watching North paint, Kim Kardashian is going through a tough time. She and Kanye are in the middle of trying to get a divorce.

Apparently, Kim wants to wait until the new season of Keeping up with the Kardashians comes out. But, Kanye isn’t about waiting. Sources say he is done with the marriage and ready to say goodbye to Kim forever.

Hopefully, whatever happens, all four of their children end up happy.

Did you think North really painted that painting or were you suspicious? Let us know in the comments below. Come back to TV Shows Ace for more news on all of your favorite reality TV stars.