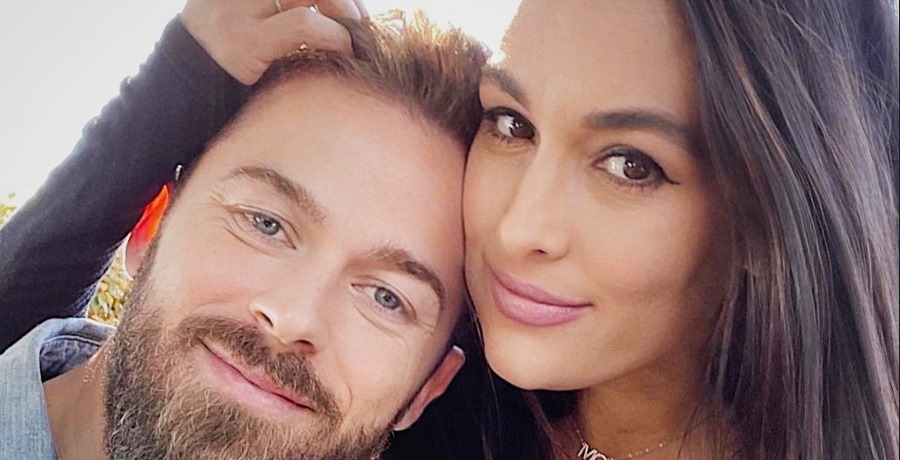 Dancing With The Stars fans know Artem Chigvintsev and his celebrity partner Kaitlyn Bristowe won Season 29. But dancing isn’t the only thing Artem is passionate about these days. Nikki Bella revealed during a recent episode of her podcast that Artem really loves cooking.

“It’s cute because I feel like I’m always pressuring him to have more content on social media because, you guys, when Artem posts cooking stuff on his Instagram—it’s mindblowing to me—he will get a minimum of 1,000 DMs about, ‘How did you cook it? It looks amazing.’ Everyone loves seeing him do it,” Nikki told fans.

The former WWE star said she felt like this was a sign the universe was showing Artem he had another calling. Artem recently enrolled in The Culinary Institute of America.

“He meets again with a guidance counselor, but he’s going to CIA, which is the cooking school in St. Helena,” Nikki continued. “They have a downtown Napa location but the historic gorgeous one is in St. Helena. And he’s gonna start there! He’s gonna be going to cooking school.”

The Family Makes The Move To Napa, California

In case you missed it, Nikki and Brie Bella both decided to sell their homes in Arizona and relocate to Napa.

“It’s been my biggest online purchase yet,” Nikki said in an interview regarding the move. “That’s what COVID did to me. My sister and I were so sick of being super pregnant in the desert. Like, when I went into labor it was 118 degrees.”

And once Nikki decided she wanted to move, Brie followed.

“We’re like, okay, our vision boards say we’re going to be in Napa when we’re 60 years old, but why are we waiting?” Nikki continued. “Like, what if we’re in lockdown forever?”

So as most people in their 30s do, the sisters got on Zillow and started house hunting. They each found a property they both loved.

But What Will Happen With Dancing With The Stars Now?

Artem Chigvintsev is the reigning DWTS champion, so it makes sense that the show would ask him back for Season 30. However, that’s never a guarantee. Sharna Burgess won Season 27 and wasn’t asked back for Season 28. But if DWTS execs offer him a spot, will he return?

Some fans speculate he may actually not return. Nikki Bella recently admitted that she felt really abandoned when Artem went to compete during Season 29. Her postpartum depression really got the best of her and she felt like she didn’t have any help with their son. Now that Artem is really enrolled in cooking school, are his days on DWTS numbered? Only time will tell.

Keep following us on social media to keep up with the latest DWTS and Total Bellas news!