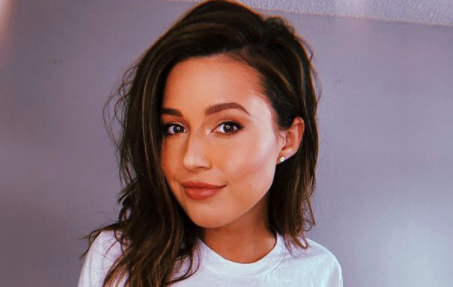 Rumor has it Katie Thurston will be taking on the role of The Bachelorette this season. Fans are wondering if this is true and guaranteed. She is opening up on those rumors now.

‘The Bachelorette’ is announced

Reality Steve took to Twitter to tell fans that Katie Thurston would be the new Bachelorette. Usually, he is right when it comes to predictions like this, so there’s a good chance it’s true. Apparently, Katie will get sent home tonight on her one on one date with Matt James. This news is kind of sad because it seems like she has been a strong contender this whole time. Something bad must happen on the date.

“(SPOILER): At the “Women Tell All” taping this past Thursday, Katie Thurston was announced as the next “Bachelorette.”

Katie gets eliminated on Monday’s episode during her 1-on-1 with Matt,” Reality Steve originally tweets.

Now, Katie is talking about these rumors and if they are true.

(SPOILER): At the “Women Tell All” taping this past Thursday, Katie Thurston was announced as the next “Bachelorette.”

Katie gets eliminated on Monday’s episode during her 1-on-1 with Matt. pic.twitter.com/bBuElpLGAv

Are the rumors real?

Unfortunately, Katie says they aren’t true. In fact, she says that all of this is news to her E! says.

“Reading my text this morning like,” she shares. “News to me.”

Honestly, this is still super up in the air. There’s a chance that ABC just wants Katie to play the whole thing off because they weren’t ready to reveal this info yet. Or, she’s telling the truth and really will not be the next Bachelorette.

In January, Rob Mills who is on the production team for the show, admits that it will likely be someone from Matt’s season of The Bachelor.

“I would say with 99.9 percent certainly, the Bachelorette is going to be someone who comes from one of our previous seasons,” he says originally. “Probably Matt’s, but at least someone who is familiar to Bachelor Nation.”

But, will it be Katie? Fans seemed pretty into the idea when they found out.

“Oh wow, I’m here for this! Have been wanting this to happen but I thought they’d go with some terrible choice,” one fan says according to E!.

There’s still some time before the Bachelorette will be officially announced. Until then, fans will have to continue to speculate.

Who do you want to see as the next Bachelorette? Let us know if you hope Reality Steve is right in the comments below. Come back to TV Shows Ace for more news on all of your favorite reality TV stars.