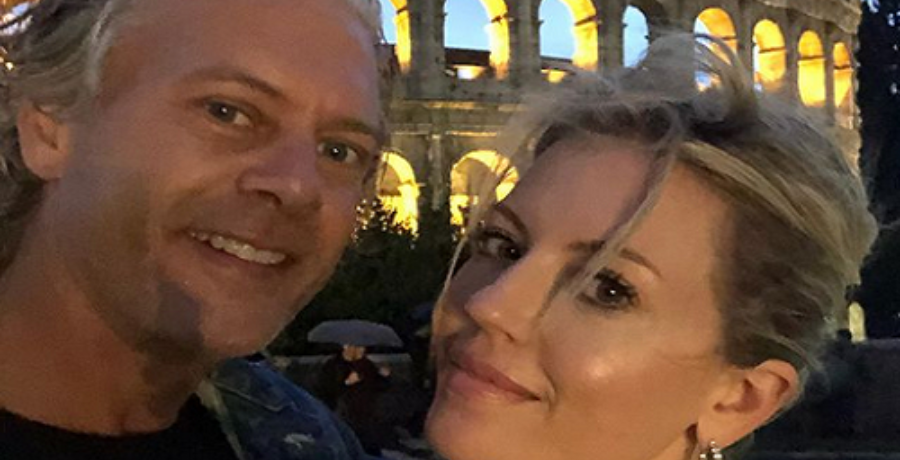 David Beador and his wife Lesley welcomed their first child together. It’s another girl for Shannon’s ex-husband. The Real Housewives of Orange County alum and his wife welcomed a daughter, Anna. The 56-year-old has become a dad once again.

On Saturday, February 6, Lesley shared the happy news via Instagram. She posted a selfie of herself holding her newborn baby while snuggling up to David on a bench. The pair looked happy and in love. Check out the photo of their little bundle of joy and find out more about their joyous baby news.

The former reality star and his new wife Lesley Beador, who is known as Lesley Cook, shared their baby news with the world. The couple took a walk at Laguna Beach California, where they currently reside. David Beador and Lesley snapped the photo of their new family. In the caption, she revealed that they were looking at their “first sunset with our sweet little Anna.” Their daughter’s name is “Pronounced Ah-na,” according to Lesley.

David is also the father of daughters Sophie, 19, and 16-year-old twins, Stella and Adeline, whom he shares with Shannon. This is also Lesley’s third child, who shares a son and a daughter from a previous relationship. In July 2020, the couple shared their baby news exclusively with People. David simply said that he and his wife were “excited to be expecting.” The couple later wed this year.

In an interview with E! News, Lesley said that both she and David Beador “feel blessed to be adding a little girl to our big family.” The couple has been trying for a while. So, their little bundle of joy is a blessing. She also revealed that David’s three daughters were “super excited” about the news.

David and Lesley dated for two years before their engagement. He popped the question just nine months after he reached a divorce settlement with his ex-wife, Shannon Storms. The RHOC couple split in 2017 after 17 years of marriage. As fans recall, Shannon often documented their marital problems and David’s infidelity on the show.

Since then, the exes agreed to legal and physical custody of their daughters. Shannon admitted that it’s been a struggle to get along with David after their divorce. She wants their split to be “amicable” for the sake of their children. However, she shared that there are times when he’s not even there for their family.

David Beador is a father for the fourth time

This is the fourth child for David Beador. This news has raised some eyebrows. David and Lesley started dating in 2017 after they met during a SoulCycle class. Fans remember how poorly he treated David and his family on The Real Housewives of Orange County.

They hope that the couple is happy as they appear on social media. In the meantime, David and Shannon co-parent their three kids and “have 50/50 custody,” which she confirmed to Andy Cohen in August 2019. It took several years and tears for the exes to reach an agreement. Congratulations to David and Lesley on their little pride of joy.