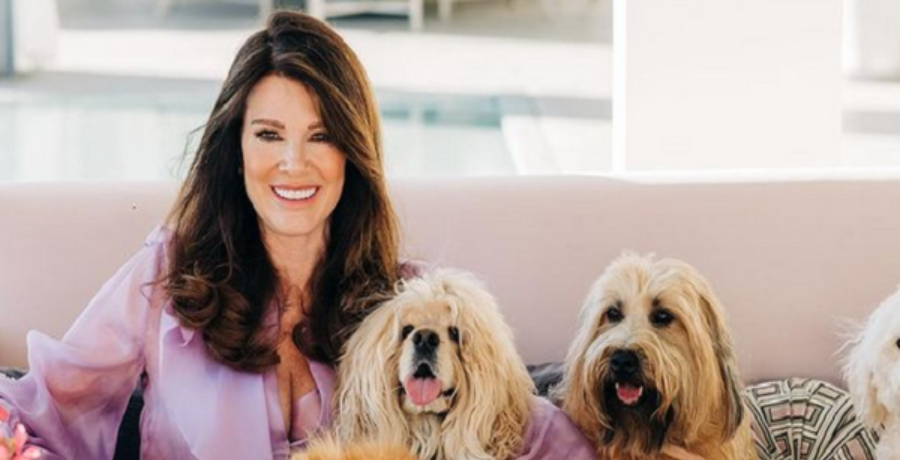 Missing Lisa Vanderpump these days? The Queen hasn’t been on The Real Housewives of Beverly Hills for a few seasons. Additionally, Vanderpump Rules is not making a return anytime soon. Most of Vanderpump’s restaurant remains closed amid the ongoing coronavirus pandemic.

She’s been working on a spinoff series, but it’s not what you think. Fans were hoping that she would launch a series based on the Vanderpump Dog Foundation, which is non-profit dog rescue. But that’s not happening anytime soon either. Instead, she’s working on something different for the E! Network.

The woman who left The Real Housewives of Beverly Hills is making her triumphant return to reality television. According to Variety, Lisa Vanderpump landed a new series on E! aptly titled Overserved With Lisa Vanderpump. The restauranteur invites her famous friends to her Beverly Hills mansion for a luxurious at-home dinner party.

Vanderpump will also invite viewers to her Villa Rosa estate, where she will dine and chat in her beautiful garden. Each half-hour episode will feature a few celebrity guests who stop by Vanderpump’s home for cocktails, games, and bountiful feasts.

“I’m inviting you to an intimate dinner party. For it to be perfect, I have a few rules,” Vanderpump says in the trailer, per Bravo’s The Daily Dish. “You’ve got to bust your butt for the décor to be absolutely fabulous, the guests should be naughty, but the hostess must always be naughtier. This dinner party rules.”

How E! filmed during the pandemic

According to the production’s insiders, Lisa Vanderpump filmed the show in late 2020. Most of the scenes were shot outside of her home. Producers had to get creative during the pandemic. At this time, large production companies can’t operate as usual.

Thankfully, Vanderpump has a long-running history with E!’s parent company NBCUniversal, which is also home to her popular Bravo show. However, her restaurants are closed due to the indoor dining rules in Los Angeles due to coronavirus. The future of Vanderpump Rules is still unclear. Bravo has not announced a ninth season.

But Bravo told Variety that the show will continue without most of the original cast members. In the meantime, the E! network is navigating life without Keeping Up With the Kardashians, which is ending after 14 years. The show will head over to Hulu for its next media venture.

The final season of KUWTK premieres on Thursday, March 18 before Vanderpump’s new show, which airs at 9 p.m. ET. What are your thoughts on her new show? Sound off below in the comments.