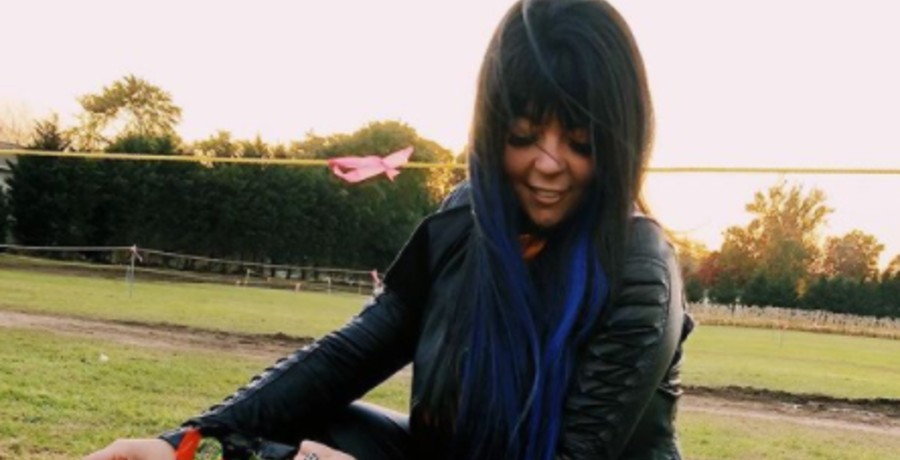 Lexi Martone is a very talented nail artist and she makes a lot of money for her family. Recently Jennifer Martone has been concerned on the new episodes of Unpolished because they lost Big Mike. Losing him meant she had to suddenly deal with financial issues she wasn’t prepared for. In a new preview for the show, the money situation appears to come to a head.

The preview starts with Lexi doing something very complex on a nail that looks like a carnival theme. She says that the customs take a lot of her time. But, “they bring a lot of income to the salon, and they have to do what they can.

Jen is heard saying the salon is in trouble. There’s a scene with her and Lexi where she is asking her to take on more. In a voiceover, she’s saying, “Lexi has to take on more clients.” One of the things Lexi has been upset about lately on the show is her sister Bria Martone Mancuso has just been in wedding planning mode. She isn’t as dedicated to the salon as Lexi is in her eyes.

Lexi Has A Lot On Her Shoulders With The Salon

Lexi Martone has been working long hours at the salon as it is. Often Lexi stays past everyone else to work on her client’s custom requests. These usually include three-dimensional creations with acrylic and thinking outside of the box to make things work.

Lexi also isn’t too keen on Bria’s fiancé so it stings more that her mother is concerned about paying for a huge wedding instead of helping her with her business. Fans can see both sides of the argument and realize they are only being fed bits and pieces of conversation.

In the preview, Lexi tells her mom that she doesn’t expect as much from Bria as she does from her. Her mother says, “you’re the one who makes the money.” The video ends with Lexi slamming the door as she leaves the house.

Fans Have Been Siding With The Nail Technician All Season

Lexi Martone has a lot of fans who think she is right. The large wedding seems to be taking priority over other things they need to pay for. In a different preview for tonight’s show, Jennifer is talking to one of the salon’s employees. She says, “Jen we have to go over some bills, because I don’t know which one to pay first.”

Jennifer tells her she’s been giving her money for payroll for weeks. It isn’t looking good for the financial state of the salon. No doubt the pandemic hurt them because they had to close. Season 2 filmed during the height of the pandemic so it’s no surprise they don’t have as many clients because people didn’t leave their houses.