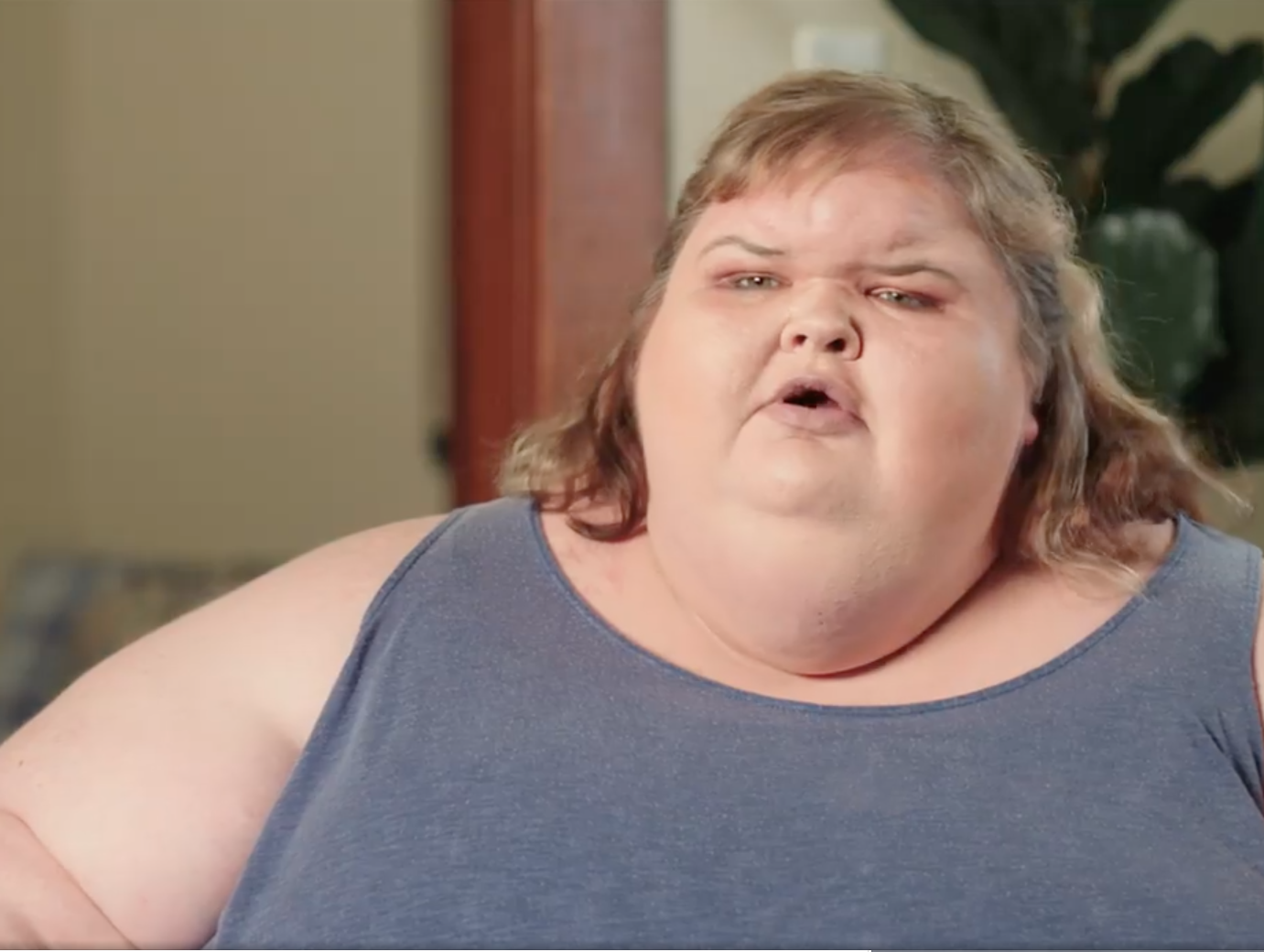 The 1000-Lb. Sisters Tammy and Amy Slaton are back! Now, they have changed quite a bit since their first season. For Amy those changes are pretty positive, but can the same be said for Tammy?

Why is Tammy Slaton getting even more hate?

Amy and Tammy Slaton are a pair of sisters from Kentucky who weighed a combined total of 1000 lbs. Amy weighed 406 pounds and sister Tammy weighed 605 when they first began documenting their journey. The whole point of their show was to document the two women as they worked on losing weight to qualify for bariatric surgery. However, only Amy was able to meet the requirements for the surgery. Tammy Slaton has sadly gained even more weight than when she first started and with that comes more negativity.

It seems the amount of hate each sister gets is directly associated with how much they weigh. The heavier they are the more hate they receive. According to People, the sisters opened up about their uneven criticism in an exclusive clip from Monday’s episode. Amy, who is now pregnant, stated that she does not receive as many hateful comments as she did around a year ago. It seems that since Amy has lost weight and become pregnant the hate has shifted to be more focused on Tammy.

According to People Amy Slaton even said, “I’m getting a lot less hate, where Tammy’s getting a lot more hate.” She went on to say that she feels bad for her sister, but “haters gonna hate.”

How does Tammy handle the hate?

Tammy Slaton feels all the haters do not really understand what she is going through. She stated that all of these haters have no idea whether she is doing what she’s supposed to be doing or not. Tammy went on to say that it’s unfair for everyone to constantly be comparing her to Amy. Tammy is getting more hate now because everyone sees Amy’s weight loss and they want to know why Tammy has not made the same progress.

According to People Tammy said, “I don’t know if these people have intentions on trying to help by hating, but it’s not helping.” She continued on saying, “I’m an emotional eater. And I wear my heart on my sleeve. I’m easy to upset. And things like that doesn’t help me.”

Tammy wrapped up saying she knows she’s gained weight and does not need the haters to point it out. The sisters have an upcoming meet-and-greet and Amy is nervous for haters to show up and harass Tammy. It seems Tammy’s mental health has a direct correlation to her overeating, and with the increased hate comes higher risks of Tammy becoming depressed and eating even more.

Tensions are High Between Amy and Tammy Slaton

In spite of Amy worrying about her sister’s mental health, tensions are high between the pair. These tensions come after Tammy has learned her weight is at an all-time high.  Instead of taking responsibility for bad eating and lifestyle choices, she likes to place the blame on Amy.

As TV Shows Ace reported, on a recent episode of 1000-Lb Sisters the Slaton sisters visited their therapist. Despite her own health issues, Tammy threw all the blame at Amy and belittled her in front of the therapist.

What do you think of Tammy Slaton’s weight gain and the struggling relationship between the sisters? Let us know what you think in the comments below. Be sure to watch new episodes of 1000-Lb. Sisters Mondays at 10/9c on TLC.