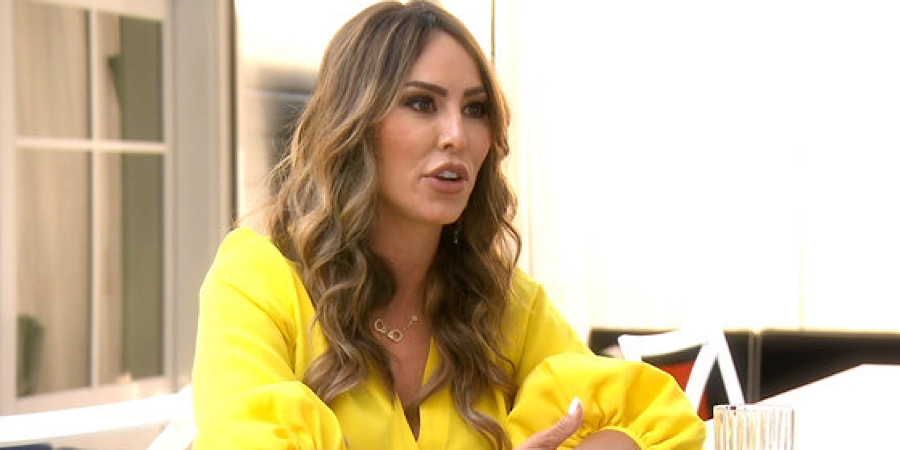 It’s starting to really go downhill for Kelly Dodd. She keeps catching heat for her mask-free jaunts and ignorant comments. Just the other day, her stepdaughter, Veronica Leventhal took to Instagram to seemingly school Dodd on true racism. This was after Kelly screamed she was black on part two of the RHOC reunion. Now, as she and her friends mock COVID while drinking Mai Tai’s at restaurants, Kelly is facing another loss. And this time, it is monetary.

Since starting on the RHOC in Season 11, Kelly has been extremely controversial. She loved to talk about sex and most recently commented on Shannon Beador’s father’s genitals. Kelly has also been very vocal about her sex life with now-husband, Rick Leventhal and past boyfriend, Dr. Brian. That all seems pretty tame when we see what she has said regarding COVID. Her initial statement was it was “God’s way of thinning the herd.” She has also been very anti-mask. When questioned about how well masks work on the reunion, she said this, “I think everybody’s on that with me. I will wear them because I have to, but does your pants protect you from a fart? Like is it helping?”

She also got in trouble when she posted a picture of herself wearing a ‘Drunk Wives Matter’ hat from her bridal shower. Though she meant it to be fun, it was during the BLM movement and that was a step too far. Kelly keeps inching her way to the edge but not over it. Yet, she did say on Instagram she believes she will be fired from the series for speaking her truth. This past weekend, along with husband Rick, she and several friends gathered and no masks were seen. They mocked COVID and it appears their behavior officially sent Kelly’s career into a nosedive.

On the day her RHOC co-star, Shannon Beador launched her Real For Real Lemon-Aid drink supplement, Dodd was partying. And then, she learned she lost her endorsement deal with Positive Beverages, the beverage line she had heavily promoted for the past two seasons.

Though the news seemed shocking to most, Kelly took the news in stride. She said she was happy she could put the company on the map and was now venturing into the beauty industry. Apparently, that was her real passion all along, not beverages. She seemed super into real estate during the reunion. But, maybe she will team up with RHONY’s Ramona Singer (she introduced Kelly and Rick) and they can do an ageless brand.

Do you think Positive Beverages was justified in ending their endorsement with Kelly? Let us know in the comments.