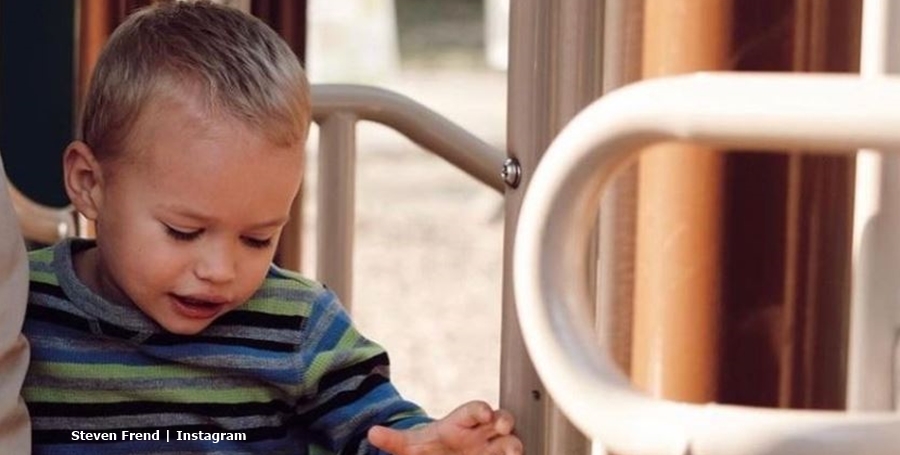 Richie Alex Frend, the son of Olga and Steven really steals the show these days. 90 Day Fiance fans really only started seeing photos of him in 2019. Born in 2018, he stole the hearts of many TLC fans. Once Olga arrived in the USA they took a break from social media. But then, photos started arriving on Instagram in quick succession. Now going on three years old, the active little toddler simply grows cuter every day, fans agree.

90 Day Fiance fans know that Olga and Steven spent time apart after he returned to the USA. So initially, Richie grew up in Russia. Fans heard that Olga was due to arrive in the USA in May 2019, which became delayed. But by June, photos started filtering through. And from the very first time fans saw Richie they loved him to bits. For a long time, some of them became confused because Olga called him Alex. But quite often his dad Steven called him Richie. Anyway, his full name is Richie Alex.

For some time, fans hoped for a spinoff for Olga, Steven, and their son Richie Alex Frend. But that never happened. Word came that they dissolved their marriage a year after tying the knot. But they hang together and co-parent Richie. Steven loves nothing more than playing with his son. Now, Richie joined his father as he did his yoga routine. It looks like the little boy becomes even cuter if that’s possible. 90 Day Fiance star Steven shared a few clips of him doing yoga on Thursday, January 28.

Steven captioned his clips with, “Today, Alex wanted to do yoga and opened my mat for me.” Richie then joined his dad as he worked out, but he seemed so excited about it that he soon gave up. Instead, he ran around the room like an airplane! Notably, Richie didn’t try and do anything too elaborate and just copied his dad. Yoggokul notes that under the age of four, most kids seem unable to fully grasp all the instructions. But they might copy mom or dad.

Kids ideally start off at about four and progress into their teens. But as the website notes, their young bones might not cope with things like Padmasana. “The bones are still tender and in some cases, it may lead to bending of bones. These asanas can be taught to kids when they turn 12 .” But yoga brings loads of advantages to kids like Richie Alex Frend. It helps them increase “concentration and memory power…[and] makes them relaxed and calm.”

Apparently, little kids enjoy the role-play of plants and animals in yoga. It’s interactive after all, and they can “bark in dog, meow in cat pose and roar in tiger pose or hiss in cobra pose.” Usefully, it helps them practice their counting skills as they hold their position. But for now, Richie Alex Frend probably just enjoys doing things with his dad. Nevertheless, it’s a really good thing for him to learn yoga.