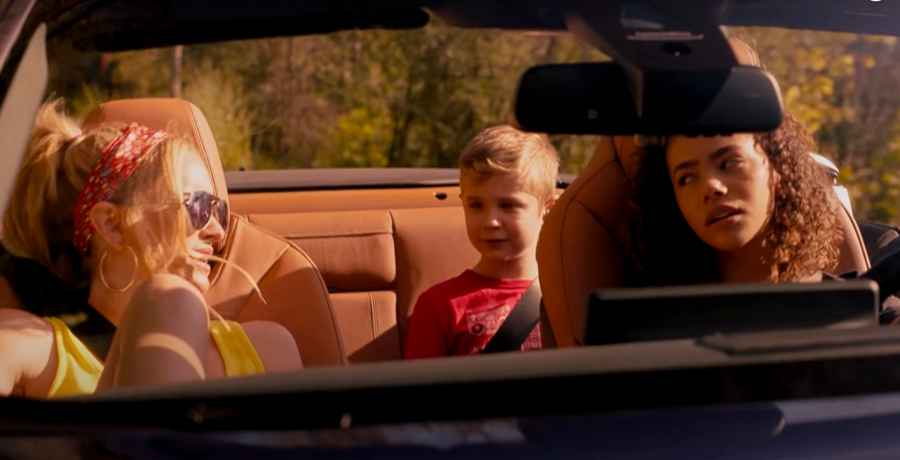 Anyone who is a huge fan of Gilmore Girls could find their next TV obsession when this new series is released by Netflix in February. The trailer for the new YA series Ginny & Georgia certainly gives that impression. Let’s explore this new upcoming series a bit more.

The new Netflix YA series, Ginny & Georgia, stars Antonia Gentry in the role of 15-year-old Ginny. She plays opposite Brianne Howey as Ginny’s 30-year-old mom, Georgia. This dynamic pair is definitely reminiscent of Rory (Alexis Bledel) and Lorelai (Lauren Graham).

This isn’t just our opinion, however, as Georgia points to the popular show in the trailer. She actually says, “We’re like the Gilmore Girls but with bigger boobs.”

The IMDb synopsis for the show describes Ginny Miller as “Angsty and awkward.” Ginny often feels she doesn’t measure up to her mother, “the irresistible and dynamic Georgia Miller.  Georgia has grown up on the move and desperately wants to put down roots in picturesque New England. She wants to give her family something they have never had before – a normal life.

On the Netflix page for the series, the “free-spirited Georgia and her two kids, Ginny and Austin, move north in search of a fresh start but find that the road to new beginnings can be bumpy.” The streaming channel describes the show as being, “Scandalous, Emotional, Romantic.”

Moreover, Netflix warns us that it isn’t just “carpool and Kombucha.” It turns out Georgia’s past life will follow them to threaten her and Ginny’s new start, so there is tension too.

About the leads of the ‘new’ Gilmore Girls

Gentry (Ginny) is a relative newcomer to the TV scene. However, if Howey (Georgia) looks familiar, she has appeared in Hulu’s Dollface, she played Reagan on Batwoman, and has starred in Fox’s The Passage and the CBS show The Exorcist. Brianne has also made cameos and guest appearances on Revenge, Scream Queens and Hart of Dixie.

Other cast members in Ginny & Georgia

Among the other cast members on the new YA series, Diesel La Torraca as Austin, Jennifer Robertson as Ellen, and Felix Mallard as Marcus. Sara Waisglass plays the role of Maxine, while Scott Porter (Friday Night Lights) appears as Mayor Paul Randolph. Other stars include Raymond Ablack as Joe, Katie Douglas as Abby, and Sabrina Grdevich as Cynthia Fuller. Damian Romeo plays Matt Press and Mason Temple stars as Hunter. The full list of cast members can be seen on the IMBd page for Ginny & Georgia.

Ginny & Georgia will start streaming on Netflix on February 24, 2021.