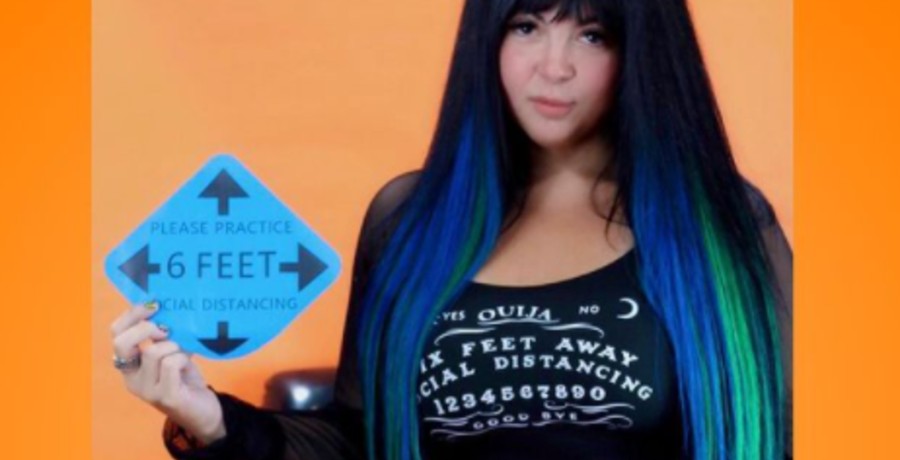 Lexi Martone and company from Unpolished posted a new sneak peek announcement on Salon Martone’s Instagram. The caption says, “surprise, surprise. Something’s brewing and we can’t wait to share it with you all.” One fans said, “When are you revealing! The wait is killing me!”

The post has silhouetted images of Lexi Martone, Matt and Bria Martone Mancuso, Foxy Grandma, Jen Martone, and Big Mike. Fans are trying to guess what this might be about. One wanted more info. She said, “another hint coming? Is it business related? I was thinking you are going on the road to do hair and nails?” The truth is it could be anything knowing the Martone family.

Could This Be The Project Lexi Martone Mentioned

Lexi Martone loves Prosecco and a big glass. When a medium came to the house to talk to Jen and the girls she mentioned a big bottle of wine where Lexi was concerned. Lexi had been talking about Salon Martone having their own line of Prosecco and hadn’t told anyone except her family. That comment the medium said came from her dad took her back a little bit. The medium also eased Jen’s head that the money would be coming to help with Bria’s wedding.

Now with the buzz word, brewing, in that post, it’s possible her plans are coming to fruition. Although some say brewing would be more beer than wine. They already announced their beauty line in a live before the season premiere. They hinted their will be nail products and hair products.

There is a website for Lexi’s press-ons that is pending, so that is another possibility for the surprise. It’s possible the wine is not far behind. That’s just one thought about what the surprise could be.

Fans Had Some Other Guesses As Well

After Lexi Martone and company posted the announcement, some fans had a completely different thought about it.  A couple thought the news had to do with Bria. One said, “oh I hope Bria is pregnant with twins girls!” Several others echoed that they thought that was the case, because that was another thing the medium told them.

Some fans don’t feel like Bria would announce something like that in a post with the salon. Fans will have to wait, because the sneak peek is clearly to get people’s excitement up. Lexi also posted a new funny video to her TikTok. She used the background sound of Makayla saying, “don’t do it girl, it’s not worth it.” She said she wasn’t going to, then took a bite of pizza. She captioned the video with, “there goes my diet today.”

What do you think the surprise could be? Tune into Unpolished on Tuesday on TLC  nights for clues.