Julie Chrisley recently got candid about the idea of her son Chase and Emmy Medders getting engaged. Chrisley Knows Best fans love this relationship. They think they would make beautiful babies together. Fans think Emmy Medders resembles Chase’s mother Julie. And, they were thrilled when speculation the couple had already gotten engaged swirled. While Julie Chrisley doesn’t have an issue with Chase’s girlfriend… She doesn’t want them to rush into an engagement either.

Chase’s mother recently sat down with Life & Style Magazine for an exclusive interview. And, she got candid on why she doesn’t want to se Chase rush into an engagement.

Her immediate response to whether or not she would like to see Chase and Emmy get engaged soon was she hoped not. Then, she proceeded to explain why.

You know, they say … that boys’ brains don’t develop until they’re 28. Mine are probably a little slow, so I’m going to go with 30.”

Turns out, Julie Chrisley just doesn’t think her son Chase is old enough to rush into an engagement. She feels like his brain is still developing. And, she hopes he’ll wait a few more years before popping the question. As fans of the Chrisley family know, Chase is 24-years-old. His mother Julie thinks he should wait at least six more years until he is 30 before he pops the question and gets engaged. She believes his brain will be fully developed and he’ll be more emotionally ready for that type of commitment.

He and Emmy Medders are not ready for engagement either

Those who follow Chase and Emmy know rumors swirled the duo got engaged around November of last year. This was when fans spotted what looked like an engagement ring on Emmy’s finger in several photos. Chase and Emmy, however, were quick to shut the rumors down. 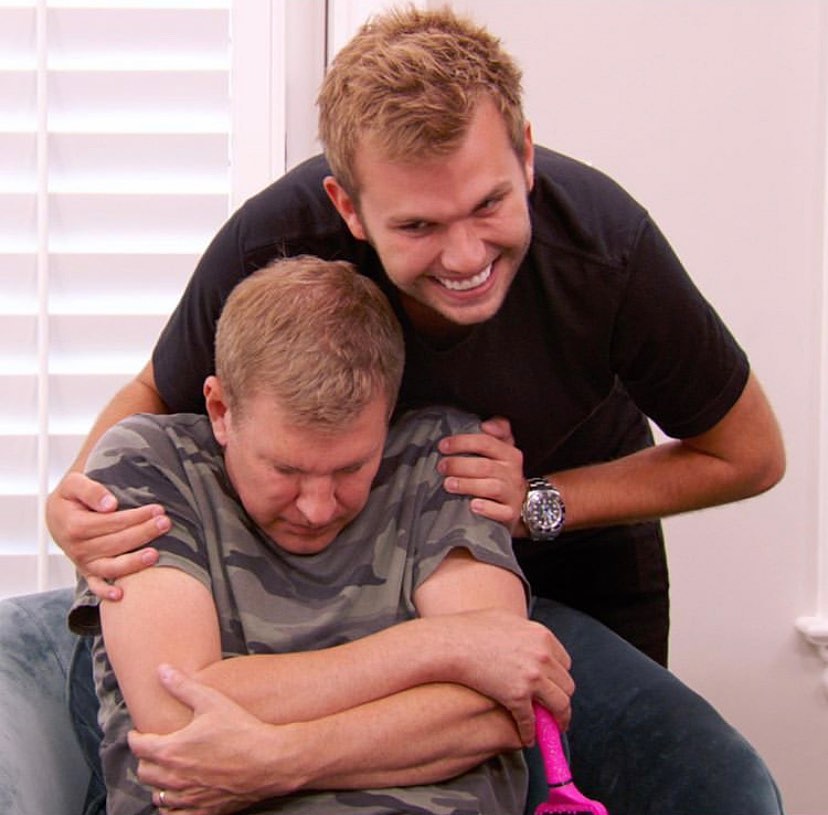 In fact, Life & Style Magazine spoke to Chase directly. He noted an engagement was not in the works “right now.” He admits they have discussed getting married. But, they aren’t ready to take that step yet.

I met her a couple of years ago, but I think that I just had some growing up to do. As far as she and I go, we’re taking things slow.”

When it comes to romance, mama Chrisley probably knows best! Here’s hoping Chase is happy whatever he decides to do with his love life and future. Either way, there’s no denying the fact that he and Emmy Medders are an adorable couple.