Christine Brown took to Instagram earlier this afternoon to share a fun post. The post reveals her daughter Mykelti recently had her baby shower. Likewise, Christine was kind enough to share a few snaps of the celebration with fans of Sister Wives. Fans agree the baby shower looked beautiful. And, they were happy to see a few photos from the exciting event. The first photo in the collection of four that Christine shared on Instagram, however, was very special. It was something made with a lot of love. And, this Sister Wives grandma-to-be was very proud of it.

Christine Brown has been extra crafty and creative lately

Sister Wives fans were here for repurposing the Christmas tree. They thought it was a great idea. One fan revealed in Germany it was custom to keep the Christmas tree up through the first week of January. The individual proceeded to tease she could just pretend she’s German. It, however, didn’t sound like Christine was in a rush to take the tree down.

Christine Brown continues to feel crafty as she makes a unique homemade gift for her daughter Mykelti. Now, Christine’s gift wasn’t that uncommon as far as what is usually given at a baby shower. But, she did have a rather unique spin.

According to her Instagram post, she created a diaper tree to give to her daughter for her baby shower present. Now, a diaper tree usually contains a bundle of baby wipes and diapers crafted in the shape of a tree. It, however, looks like Christine went for something that resembled a real tree complete with green shrubbery at the top. The gift looked a bit like a baby palm tree with diapers wrapped around it. 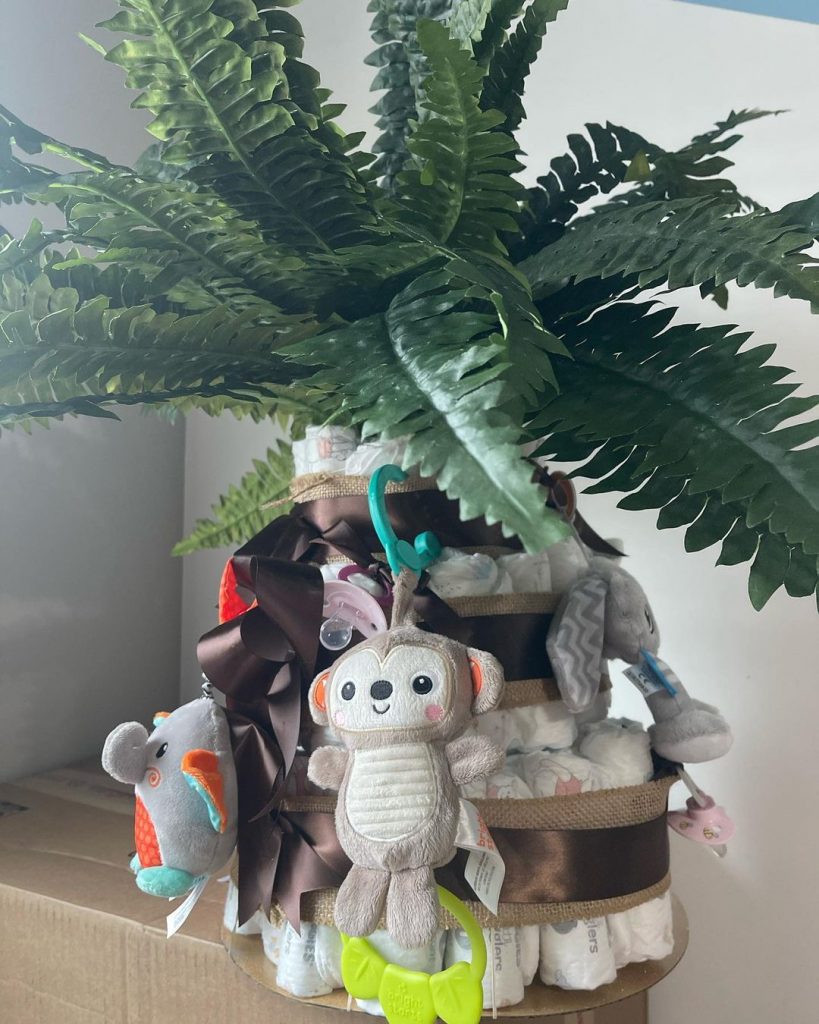 Christine Brown also had teethers, a pacifier, and a few soft fidget toys for babies clipped around the outside of the diaper wall surrounding the tree. Overall, it was an adorable gift made with a lot of love.

The real question is: what do you think about the diaper tree Christine Brown made for Mykelti’s baby shower? Share your thoughts with us in the comments.