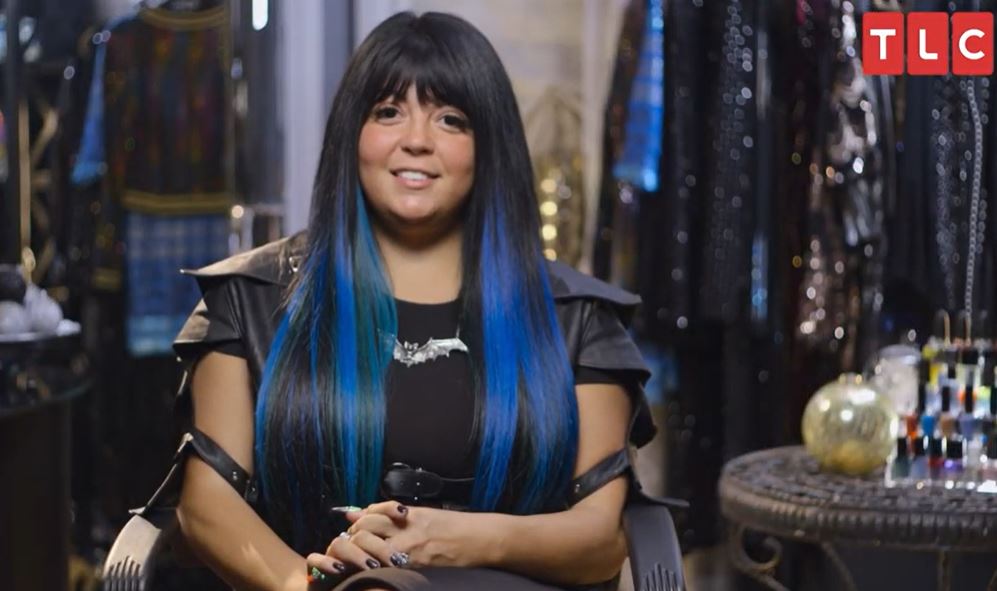 Unpolished features a COVID weary Lexi Martone who is over the dating scene. She is lamenting the singles market and what it takes to have a date in 2020.

In TV Shows Ace exclusive clip below, we see the nail maven not happy with how she and Joe aren’t in the same place and that she needs more from a man.

“You text a lot, you do a lot of video chat, you meet and then you have to wear a mask…” says Unpolished star Lexi, who appears to be done with Joe Fraumeni as we see in the exclusive clip for tonight’s episode.

Who is in Unpolished?

The stars of TLC’s Unpolished are sisters Lexi and Bria, mother Jennifer Martone,  Jennifer’s mother, Eleanor “Foxy” Varuzzi and Bria’s husband, Matt Mancuso. The Martone family own the namesake hair and nail salon in East Northport are back for a second season of the TLC reality hit series Unpolished, after having lost their patriarch “Big Mike” Marto.

As witnessed by last week’s tea party fiesta on one mother’s nails, Lexi is the queen of nail art and is known for her bonkers techniques and wild designs. It’s not all French manicures and flower decals as some are nightmares, and give Lexi a tough time because of the complexities involved in the design.

As previously reported, Lexi Martone grapples with her weight and has lost a significant amount, after weight loss surgery. The deeply personal decision was worked into the series and is something she addresses. Fans note on social media that Lexi is a healthy role model who inspires them.

Lexi ‘s  Twitter bio reads: “I paint nails, video my life and harass the Mets to let me paint their cleats.

She is also a presence on  TikTok and was filmed dancing and singing to Nelly’s, “Dilemma,” and Lexi sang into a wine bottle while her “backup” singers had her back.

TLC paints the new season as one of “a year of extreme highs and lows for the Martones and the glitziest family-owned and operated salon on Long Island.”

Hardworking Lexi is a cutting-edge nail artist, and her sister Bria, a hair colorist and makeup artist, saw their routines come crashing down as the pandemic arrived earlier this year.

If you want her to do you nails, you better have the dough as it STARTS at $100 for a nail session.

Mother and administrative lead at the salon, Jennifer, must help make ends meet now that her husband is gone, taking control of the family’s obligations. Despite all the financial turmoil, (and to Lexi’s dismay) Bria and her fiancé Matt are still planning to have their wedding as the over-the-top affair she and her father dreamed of, but COVID restrictions get in the way of Bria’s dream wedding.

After restrictions were lifted Lexi must put the personal aside and continue to deliver for her special clients’ extreme requests, from a set of tea cups to nautical nails to an amusement park-themed look, it’s mental what people want on their nails.

But as Bria’s big day approaches, Lexi has a breakdown and reveal some long-suppressed emotions about her family.

Additionally, in the digital mid-form series Unpolished: Extensions, premiering on TLC Go on January 5, the Martone ladies dive into their beauty routings, wedding prep, and how to create the perfect blowout. Join the conversation on social media by using the hashtag #Unpolished.