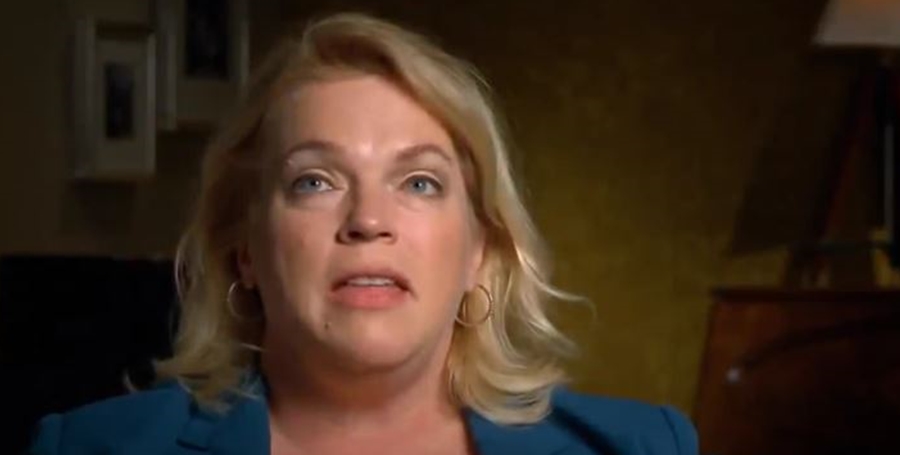 Janelle Brown really loves her rescue dog Bryn, but does she treat the dogs better than her own kids? The Sister Wives‘ star spoke about it on Instagram on January 22. It certainly seems that Kody’s second wife has a huge heart. And, she reserves a special place in it for animals. TLC fans love that, and generally, people who are kind to animals get lots of kudos.

We reported in July last year, that when she returned from a visit to Maddie, Bryn let her know she was sorely missed. She shared a cute photo of the dog who lay with a paw on her foot, as if to say, “I gotcha, you’re not leaving again.” Well, it seems that since then, the doggie missed her again and it came during a really cold spell. Taking to her Instagram, Janelle shared how she went away for a few days. And, her little dog seemed very cold when she returned. So, she tucked the furbaby into bed. Aww, fans think that’s so sweet.

Actually, Chiweenies, a sort of Chihuahua crossbreed, suffer from the cold. doggysaurus.com notes that the “breed is brachycephalic which contributes towards them being more sensitive to lower temperatures.” Apparently, they lose body heat quicker than other dogs. In fact, in very cold weather, Chihuahuas might suffer from “frostbite and hypothermia.” Or catch a doggie cold. So, these days, Janelle Brown makes sure her doggies stay warm and snug.

Better mom to the dogs than the kids?

Janelle joked in her post, “My kids are groaning right now – they tease me how I spoil this pup – saying I am a way different dog mom than mom 😂.” Then, she detailed how every night, she tucks her dog in. Nowadays, her pet came to “expect it.” Well, it seems plenty of kids joke with their parents about treating the dogs better than them. Did you know that nearly half of all married women surveyed felt they get more “emotional support” from their pets than they do from their “husbands and kids?”

Wired.com reported that came out in a survey done by the “American Animal Hospital Association.” So, obviously, they become dedicated to the emotional and physical support of their ever-loving dogs. Janelle Brown’s fans talked about how they also do the same thing. One of them wrote, “My boys say the same thing about me and my baby girl. They think I love her more [than] them lol 😂”

Another Sister Wives fan noted, “this is so darn cute and I’m “that “Dog mom” too.”

Do you know anyone who sometimes seems more loving toward the dogs that their kids? Can you relate to Janelle Brown? Sound off in the comments below.