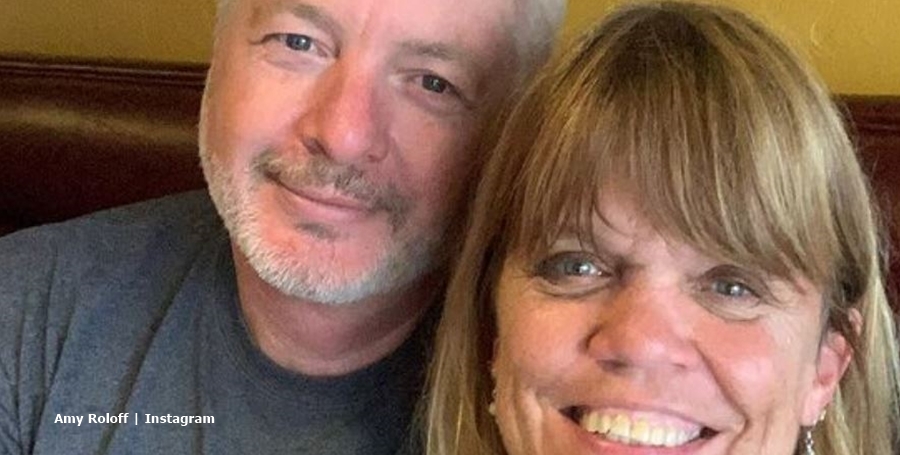 Little People, Big World stars Amy & Chris look forward to a completely new life in 2021. Now, she shared that they film for a new season of the TLC show. Nobody knows when it might return, but fans love that they film as it makes it more real. This year, Matt Roloff’s ex and her new man tie the knot, which fans really hope to see on the show.

This New Year, Amy revealed she started working out again. Probably, she hopes that she looks amazing for her wedding. And, maybe she tucked into way too many treats over the holiday season. In her post about filming for the new season, the LPBW star mentioned walking in the park and getting outside as much as possible. In her post, she didn’t mention if they filmed in the park. But, she said they took Felix the rescue out with them.

Dressed for a cool day, the Little People, Big World couple, Amy & Chris dressed casually. Amy wore her kitten cap and a scarf. Meanwhile, Chris looked handsome in his jeans, tee, and a long-sleeved shirt. In her caption, the Little People, Big World star noted, “A little filming today for LPBW.” Of course, fans said “yay” to that. Then, she talked about walking and hiking, saying, “We’re on the hunt to find some parks and/or local open scenery areas to take Felix walking and on a hike with us. “

A few TLC fans felt a bit nervous in November. Matt Roloff seemed reticent about filming the series. So for a moment or two, fans thought TLC might cancel the show. But Amy came to the rescue. She said that she goes for COVID-19 testing regularly so they can film with the coronavirus compliance. So, it shouldn’t be a big surprise that she dished again this week.

In the last season of Little People, Big World, fans saw more of Amy & Chris. She finally moved out of the big house on Roloff farms. Her new place in town renovated, she and Chris look very cozy. The Sun UK reported in mid-December, that Chris Marek sold his place and moved in with Amy. Actually, he made a cool $300k profit on the place. So hopefully, fans see Amy & Chris head off on a wonderful honeymoon after they marry.

Fans love hearing about the show being filmed

In the comments section of the post, fans sounded thrilled about the filming update. A few of them asked when the show returns. But, as veteran fans know, there’s never an answer before TLC feels ready to make an official announcement.