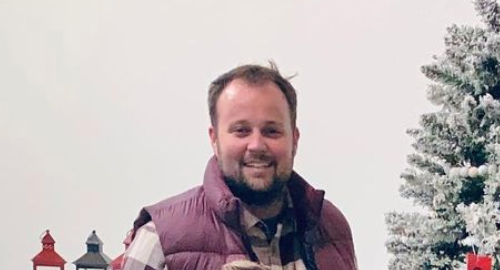 Longtime fans of the Duggar family are familiar with Josh Duggar’s past. As a teen, he was involved in a molestation scandal, and several of his sisters were victims. Additionally, once he was married to his wife Anna Duggar, he was caught having multiple Ashley Madison accounts. Ashley Madison is a website used for finding affairs. There have been plenty of other scandals surrounding the eldest Duggar son.

After he made headlines for all the wrong reasons, Josh seemed to disappear. He and his wife Anna live in what appears to be Jim Bob Duggar’s warehouse. Josh is not active on social media and is no longer allowed to be on TLC’s Counting On. So, fans get most of their updates about him via his family. But even they don’t share a lot of updates about him. This is likely due to the backlash they receive when posting about him. Fans often say that Anna should leave him. They also leave negative comments on the family’s photos that feature him.

Because of this, fans don’t really know what Josh is up to. Now, there’s an update about how he and Anna provide for themselves and their six young children.

According to a source who spoke with The Sun, it doesn’t look like Josh is doing much outside of the house. The source reveals:

“There’s no sign of him working and he only leaves when he drives the family out in a blue minivan. He pulled the short straw with his living arrangements, too. His brother Joseph and his wife Kendra’s log cabin is picturesque and impressive while Josh’s warehouse doesn’t look like the most welcoming of places.”

The source reveals to the warehouse as the “family compound,” adding that he “spends days at a time” there.

Josh and Anna seem to have some real estate experience. But the LLC, Soli Deo Gloria, they use to sell homes is in Anna’s name. Jim Bob has sold a home to the LLC as well. It appears that Anna has goals to flip the houses she buys from Jim Bob.

But, she and Josh don’t have a great track record when it comes to real estate. Josh even got involved in a lawsuit after purchasing a piece of land.

So, as of right now, it looks like Anna is responsible for providing for the family. It’s assumed that Jim Bob helps them out financially too.

Anna also appears to provide for the family by being on the TLC show Counting On to a degree. She’s not on the show as often as some of the other family members, but she likely brings in some money that way. She also sometimes gets sponsorships with brands and promotes them on social media.

For the latest news on the Duggar family, check back with TV Shows Ace.