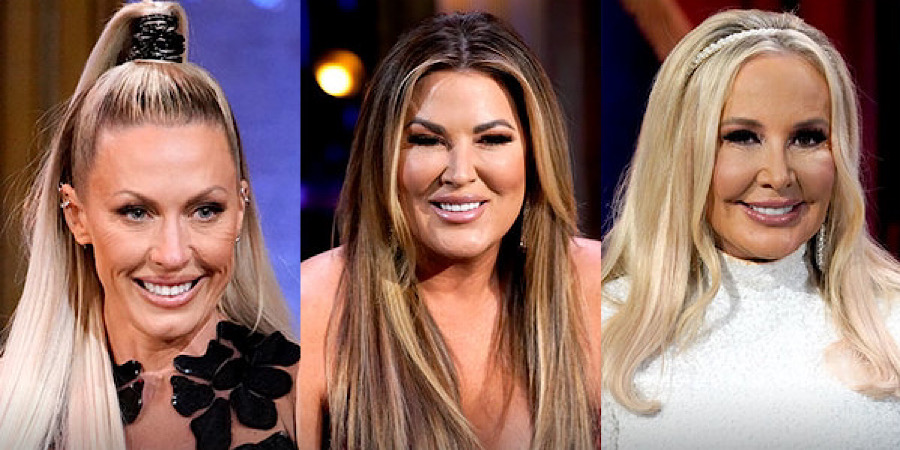 Part one of the RHOC reunion airs tomorrow night. New reunion information is emerging and Braunwyn Windham-Burke is at the center of all the attention. First, people accuse her of faking her alcoholism for a storyline. Then, someone alleges that she offered Shannon Beador’s teenage daughter cocaine. Now, Braunwyn opened up about almost losing a year of sobriety due to the stress of the reunion.

Getting Sober On RHOC And Living Her Truth

Braunwyn started Season 15 of RHOC by admitting she is an alcoholic. But, a former close friend and controversial co-star, Kelly Dodd said it was all for a storyline. “She wanted to get her own show, her talent agent told her to stop drinking. It’s all contrived. I don’t believe that she is a real alcoholic,” Dodd told Andy Cohen. Viewers watched Braunwyn struggle all season to stay sober. This was especially rough during quarantine when her AA meetings became virtual and she could not escape her seven kids. She also struggled to escape her husband, Sean. Though they renewed their vows, he failed to uphold his promises and Braunwyn was falling away from him.

Soon, fans saw Braunwyn growing attached to Shari. She moved in with the Windham-Burke’s and all but replaced Sean. He eventually moved out and, by the end of the season, Braunwyn announces she is a lesbian. This was something she had been searching for her whole life but did not know how to live her truth until she got sober. She has been seeing 29-year-old Kris for several months now and seems very happy. Unfortunately, there will always be haters and a reunion to film. This is her first sober reunion and guns are blazing. It was almost too much for the mom of seven to handle.

Braunwyn spoke with Access Hollywood about the toll this season has taken on her. As viewers can see in the reunion preview, the other housewives are not so pleasant to her. When they see her twirling, they mock her diva-like behavior and think she seems into herself. But, it was everything she witnessed throughout the season that was almost too much for the sober housewife to handle.

“Before the reunion I was right there next to my bed, on the floor, crying hysterically. I almost drank — I mean this is horrible to say — I almost drank.” Braunwyn’s thinking was if she drank, she would go to rehab and get to miss the reunion. “I almost drank so I wouldn’t have to do my job.” She did not drink and went into the lion’s den. Braunwyn will be joined by her husband, Sean, and face the allegation she offered a teenager drugs. The two-part RHOC reunion starts tomorrow night at 9 PM, only on Bravo.