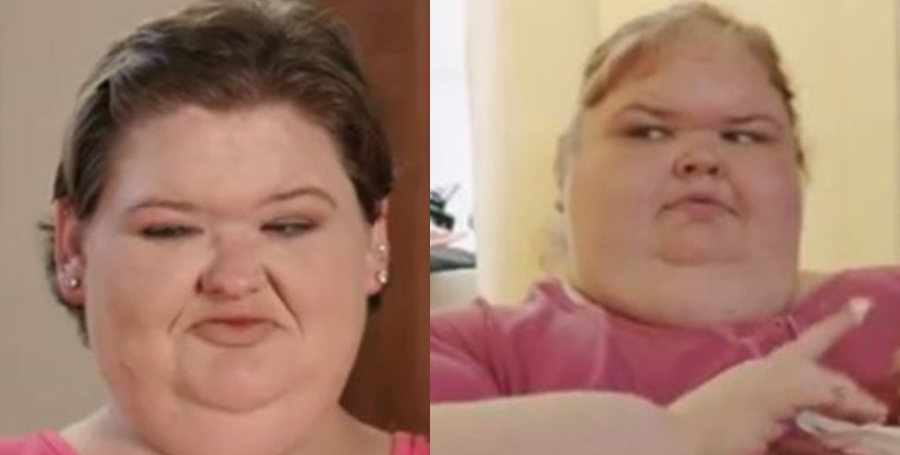 Amy Slaton Halterman shared that she and Tammy, her brother, and her husband went on a big day out. It seems they set aside their bickering and enjoyed themselves. In the latest season of 1000-LB Sisters, fans see quite a lot of complaints from Tammy about her sister Amy. But maybe in real life, they set that aside now as they all went out together.

Amy Slaton Halterman reveals a video about their day out

On Monday, January 18, Amy took to her YouTube and posted up about their trip to the Georgia Aquarium. Right at the beginning, the 1000-LB Sisters‘ star revealed Tammy in her wheelchair. And her husband Michael waved at the camera. Later, in silhouette against the brightly lit tank, it seems Amy looks way slimmer than she does on the TLC show. The sisters never really talked much in the video, and Amy let the visuals tell the story.

Just 1,24 minutes long, Amy Slaton Halterman revealed some nice shots of marine life. In the comments section, Some fans shared their own love for aquariums. And others commented on the two women. One fan wrote, “Wow that looks so much fun I wish I could go to one. I love animals if I could have a zoo I would (not a people person here lol) 🙋‍♀️.”

Then, another fan noted, “Hey Amy 🙂 to be honest I didn’t really like you a while ago but I realized that you are really trying your very best and you are so loving and kind. I really changed my mind about you. Keep up the good progress 💛.”

Bickering and therapy for the 1000-LB Sisters

We reported that a sneak peek dropped for Monday’s episode. In it, TLC fans saw the two sisters go for some therapy. Once again, Tammy blamed Amy for her weight gain and lack of self-discipline, In fact, she accused Amy of not buying her healthy food. She said, “When I look for her to go get my food, every time where I tell her I want something specific and she brings back something different, I’m like, ‘Is that what I asked for?'”

For a long time now, since Amy Slaton Halterman qualified for gastric surgery, fans thought Tammy seemed very jealous. Now, with a baby coming along, it seems she feels jealous all over again. US Weekly noted that Tammy became very heated during therapy. When Amy tried defending herself because Tammy insists on eating whatever she wants, her sister threatened to walk out. (Or wheel herself out.) “I’m gonna walk the f—k out, Amy…”I’m not doing this s—t.”

If Amy went along for a big day out with Tammy, then maybe it’s a good sign that the 1000-LB Sisters‘ stars put that all being them now.