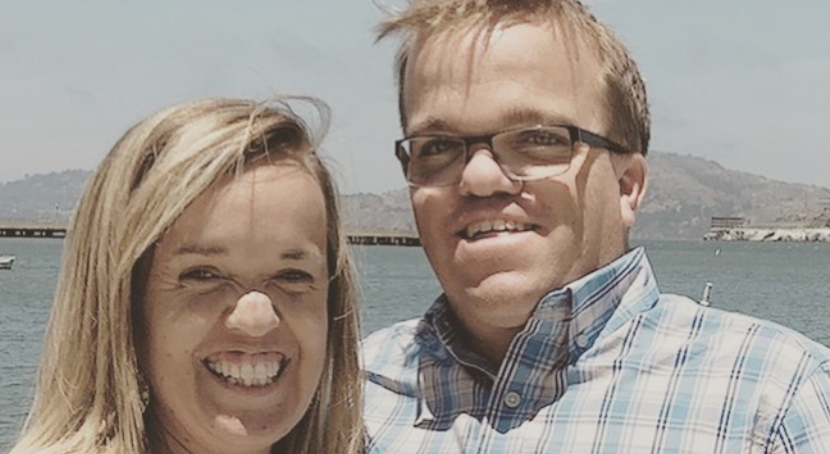 7 Little Johnstons mom Amber Johnston has had a major transformation. The mom of five is showing off a new skill she’s learned, as well as documenting her weight loss. See what she’s up to.

On Instagram, Amber shared a few photos of herself climbing a rock wall. She writes, “6 months ago, I would have NEVER been able to attempt, let alone complete this activity!” She also shared a picture of herself with her daughter Emma. It looks like the whole family got to tag along and go rock wall climbing.

Amber reveals that she has lost 44 pounds. It’s unclear if she’s stopping here or continuing on her weight loss journey. No matter what, she appears to be happy with the results so far. When she documented her first 25 pounds lost, she revealed she had 20 pounds left to lose. But she hasn’t given an update since.

In response to the photos, fans are sending love to Amber and Emma. They love the mom and daughter pair. Some of the family’s followers are talking about how fun rock wall climbing is. Fans are also glad that the family is wearing masks and staying safe while having a good time.

Amber Johnston shares before and after photo

On her Instagram stories, Amber also posted before and after photos of herself to show off her progress. She reveals that she used Optavia, as previously reported by TV Shows Ace. She also credits “discipline” for her success.

TLC fans are impressed by Amber’s weight loss and think that she looks great. They are glad that she’s getting to try new activities now and that she feels better too. They think her weight loss is an inspiration, which is likely why so many fans are asking her how she lost the weight.

From the comments on her latest post, fans seem to be proud of Amber for all of her hard work. They remind her that she should be proud of all that she’s accomplished.

So, what do you think of Amber’s new pictures? Are you loving the before and after photo? Share your thoughts in the comments below.

For more updates from the Johnstons, follow along with TV Shows Ace. Don’t miss a new episode of 7 Little Johnstons Tuesday night at 8pm on TLC.