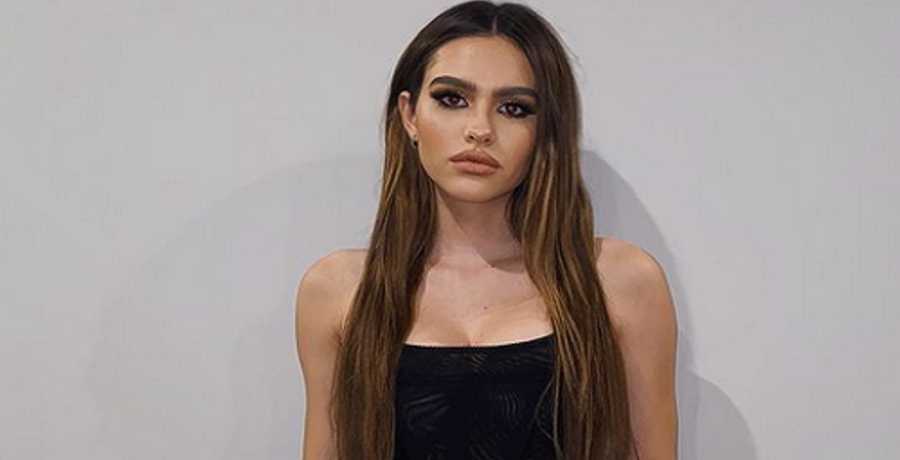 Lisa Rinna gave Amelia Gray Hamlin one of her most iconic looks. Her daughter ended up with her Vintage Alaia dress. The reality star decided to try on the look for her followers on her Instagram Stories. She wore the dress 15 years after Rinna wore it on the red carpet.

On Tuesday, January 12, Amelia took to her Instagram Stories to model the dress she got from her mom. Rinna is known for her super-sexy and daring looks on the red carpet. And this dress is no different. While the dress is 15-years-old, it’s still fresh and modern to this day.

The 19-year-old showed off her mom’s iconic look. Amelia Gray Hamlin posted a side-by-side photo of herself and mom Lisa Rinna rocking the same dress.

“My queen @lisarinna gave me one of her vintage dresses,” she wrote in her Instagram Stories.

The 57-year-old Real Housewives of Beverly Hills star wore the designer gown at several red carpet events for most of the ’90s and the early 2000s. Amelia shared a photo of Rinna at the Race to Erase MS gala in 2005. The Bravo star also wore the dress at the 2015 HBO Golden Globes afterparty. She got plenty of use out of it.

Of course, this isn’t the first time that Amelia stole her mom’s look. In February 2020, Amelia and her sister Delilah Belle Hamlin walked the runway with their famous mom at Dennis Basso’s Fall/Winter 2020 collection show at New York Fashion Week. The trio rocked similar looks with their high ponytails, floral-print gowns, and statement earrings.

Rinna wore a floor-length dress that featured a belted floral skirt. She paired the look with matching fuschia earrings and pink lipstick. Both Amelia and Delilah wore similar fuschia-colored gowns.

Shockingly, Amelia Gray Hamlin never had an appreciation for her mom’s fashion sense. Like most teenage daughters, she told Us Weekly’s Stylish that she never understood it. But that’s because the mother-daughter duo had two distinct styles.

“I never used to borrow anything from my mom because we’re so opposite when it comes to style,” she told Us Weekly in 2018. “She’s so proper and I dress more like a boy, but in a girly way.”
However, there is one thing that Amelia wanted to borrow.

“She has these really cool Gucci pants that I’m obsessed with and she never lets me wear them,” Amelia explained. “So whenever I convince her to let me, it’s always a good day.”

Amelia also revealed that her style is different from Delilah’s. She called them “complete opposites.” She joked that it “really helps because we never get in fights about who is wearing what outfit.” And the sisters don’t feel a need to compete with their outfits.

The supermodel has been making headlines for her relationship with Scott Disick. The two were first linked in October 2020 at a Halloween party. While most have criticized their 18-year age gap relationship, Amelia doesn’t care. She previously shared on her Instagram Stories that people are “extra weird and judgemental.”

What do you think of Amelia getting Rinna’s dress? Sound off below.