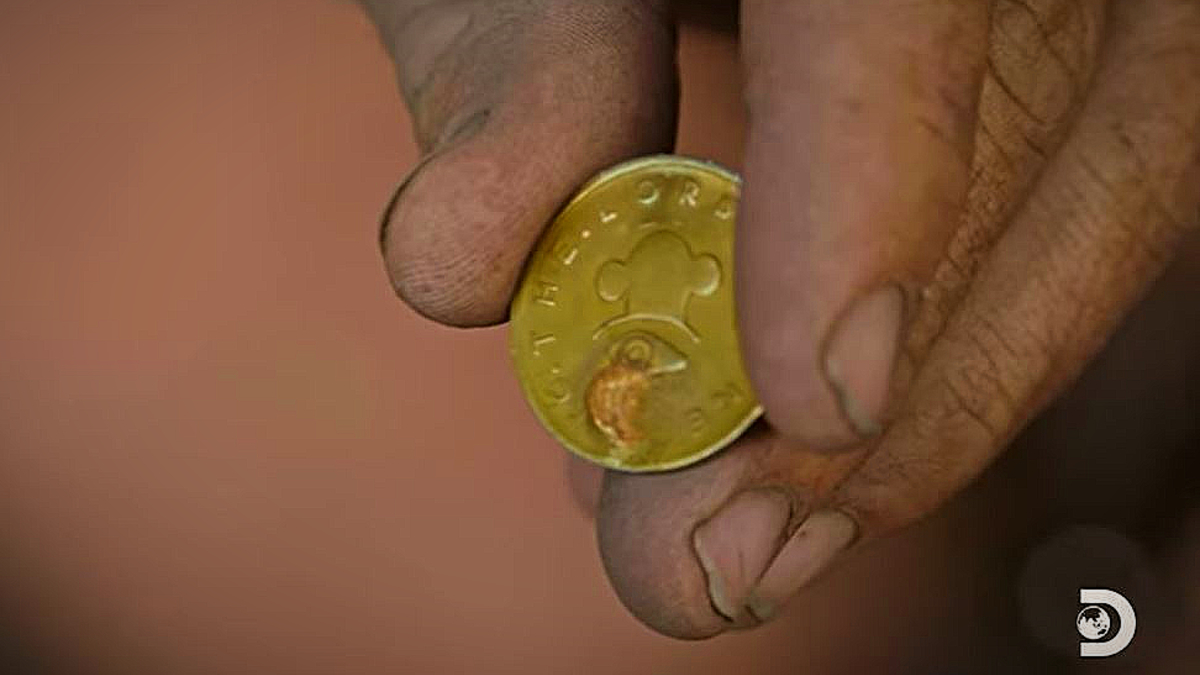 On the next Mystery At Blind Frog Ranch, Chad Ollinger and Charlie Snider have their metal detectors running and have come across an actual pile of gold coins. The preview is an exciting validation that there’s truth to some rumors that his dad Duane Ollinger has heard over the years.

Are you addicted yet to Mystery at Blind Frog Ranch yet? It’s the Discovery show that makes the Curse of Oak Island look like it’s trapped in a sea bog with the pace and speed that Duane and son Chad Ollinger are discovering finds and actual treasure in a valley that some say is cursed.

The twist to their series is that their hunt is in a terrain alleged to be haunted.

About this Friday’s Mystery at Blind Frog Ranch

This Friday night, you will be happy to learn that Chad Ollinger will come across a cache of gold coins and TV Shows Ace has the exciting preview of this event below for you to geek out over.

Who doesn’t like a good nonfiction television treasure yarn? Especially one that includes the bad juju, the paranormal, potential UFOs, Skinwalkers, and the occasional mountain lions, bears and wolves.

In the preview below, Chad and Charlie have the metal detectors running and are canvassing an area near some rocky cliffs.

Chad says: Any chance that Charlie gets, he’s out there working. so he was up at the butt crack of dawn and found an old metal bracelet. So since we can’t get the rathole rig up here for another day, we’re gonna go back up there and just see if we can find something else because every single thing we find here
is just another piece of the puzzle.”

We see how Chad is getting lots of hits on the detector, and they move some sand and find not one, but two gold $20 coins dated from 1849. This is just a few years before the Mountain Meadows Massacre, a series of brutal attacks leading to the mass murder of 120 members of the Baker–Fancher emigrant wagon train by Mormon renegades lead by Mormon militia man John D. Lee.

The cursed and the damned

Utah does have a horrific and bloody history with the infamous Mountain Meadow massacre in 1857,  but that event happened about 6 hours south and west of where the Ollinger’s are digging about.

Skinwalkers, the Navajo spirits who “went bad” are now allegedly shape shifters who prowl the Uintah County in Utah.  Locals spin lore that these walkers are said to be creating havoc for them, with several townspeople who are are interviewed during this series production. They are warning the Ollingers to cease and leave their nearby location.

The proof is piling up as the unexplained events are also starting to make the team acutely aware this is not your average treasure hunt. Tune in Friday to see more developments:

Mystery at Blind Frog Ranch airs Friday at 10 on Discovery.